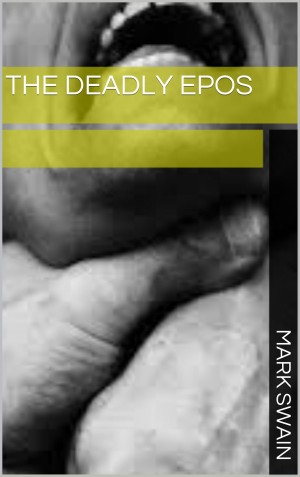 By Mark Swain
Bob, an elderly supplier of restaurant tableware is regularly taunted by a spiteful young restaurant manager. Other staff delight in the amusing fracas created, including Thierry, the restaurant owner. One day Bob snaps and causes a scene in front of customers. It is an amusing event for Thierry until he receives a call from Bob's solicitor. More
This story has plenty of humour but it is at the expense of an elderly man. Like all dark humour we can see both sides. Bob is bigoted and awkward. He is as prejudiced against young people as young people are against him. We find ourselves constantly switching sides in the argument. In the end everyone suffers except the customers in the restaurant who are treated to a rare piece of comedy and of course, us the readers.

Mark Swain was born in Singapore in 1958, where his father was stationed in the RAF. He has lived in many countries, and as a young man found it hard to break the habit of a nomadic life.
With a low boredom threshold, Mark has had dozens of jobs and several careers. This provides him with endless source material for short stories and is probably the prime reason for the sense of authenticity people see in his work.
Studying Graphic Design at Hastings College of Art at 16, he ran off and joined the Army in search of adventure. Later he found himself travelling the world on the QE2 as a silver-service waiter and going to the Falklands war. Training as a TEFL teacher took him to Tokyo in 1984, where he met his wife Lorna. In 2008 Mark took a year out from a career in Risk Management to cycle 10,000miles from Ireland to Japan with his son. This life-changing decision resulted in them writing Long Road Hard Lessons, which became an Amazon bestseller.
Mark and his wife Lorna have three grown-up children and live in Canterbury, Kent. There is not much in his life that he does without passion, although he will do anything to avoid having to dance or empty a kitchen bin. Asked about his ambitions, desires, or his sense of right and wrong, he says, “I trust in instinct. I simply grow towards the light.”

Mark particularly enjoys the Short Story form, admiring American short story writers such as Raymond Carver, Richard Brautigan and Richard Ford as well as classic short story writers Franz Kafka and Anton Chekov. He is also a great admirer of George Orwell, John Steinbeck, Norman Maclean, Albert Camus and the contemporary travel writer Jonathan Raban.
Two collections of Mark's own short stories - including the award winning story 'Special Treatment' - have been released by his UK publisher, Tinderbox Publishing Ltd along with the bestselling "Long Road, Hard Lessons" a non-fiction book with photographs and maps about a 10,000-mile life-changing cycle journey he made with his teenage son from Ireland to Japan.

Mark is at home in England, but is constantly drawn back to Asia, Morocco, and to Dingle in Ireland.

You have subscribed to alerts for Mark Swain.

You have been added to Mark Swain's favorite list.

You can also sign-up to receive email notifications whenever Mark Swain releases a new book.