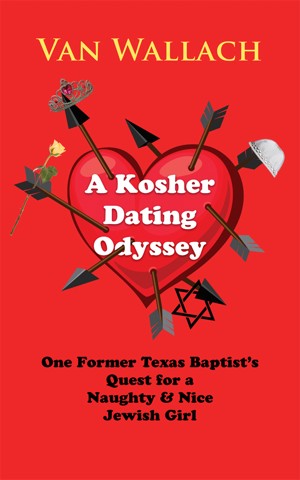 Van Wallach is a writer in Connecticut. A native of Mission, Texas, he holds an economics degree from Princeton University. His work as a journalist has appeared in Advertising Age, the New York Post, Venture, The Journal of Commerce, Newsday, Video Store, the Hollywood Reporter, and the Forward. Van has been a regular contributor to the Princeton Alumni Weekly since 1993 and is the webmaster for the Princeton Class of 1980. He contributed a chapter on home-video economics to the second edition of The Movie Business Book. A language buff, Van has studied Spanish, Portuguese, Russian, Yiddish and Hebrew, although he can’t speak any of them. You can find Van online at wallach.coffeetownpress.com.

You have subscribed to alerts for Van Wallach.

You have been added to Van Wallach's favorite list.

You can also sign-up to receive email notifications whenever Van Wallach releases a new book.