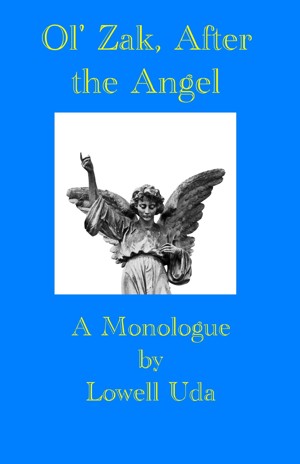 Ol' Zak, After the Angel: A Monologue

By Lowell Uda
Zechariah is struck dumb by an angel, in Luke 3: 7 - 18. His loss of voice becomes a metaphor for me, of forgetting that all things are possible with God. As I entered into ministry after graduating from The Iliff School of Theology, I wondered what would happen in my writing life. Would I doubt the birth of something new and lose my voice as Zechariah did?
Download: epub mobi (Kindle) pdf more Online Reader
rtf lrf pdb txt
Price: Free! USD
Add to Library
Create Widget
Tags: pregnancy birth john the baptist elizabeth circumcision initiation voice in the wilderness zachariah
About Lowell Uda

A graduate of the Iowa Writers’ Workshop, I have taught English at the U. of Hawaii and the U. of Montana, and worked in Montana state government. After that I became a United Methodist minister, pastoring churches in Colorado and Montana. My short story, “The Cherry Tree,” won first prize in the 2011 Common Review Short Story Prize contest. Stories, poems, and creative nonfiction of mine have appeared in literary and other magazines, including The North American Review, the Hawaii Review, the Chariton Review, and, most recently, A River and Sound Review, Written River, The Whirlwind Review, 5x5, Assisi, In Our Own Voice, Divide: Journal of Literature, Arts and Ideas, Poems Across the Big Sky, Moonrabbit Review, and The Other Side. 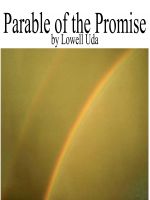 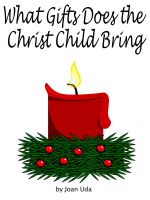 You have subscribed to alerts for Lowell Uda.

You have been added to Lowell Uda's favorite list.

You can also sign-up to receive email notifications whenever Lowell Uda releases a new book.