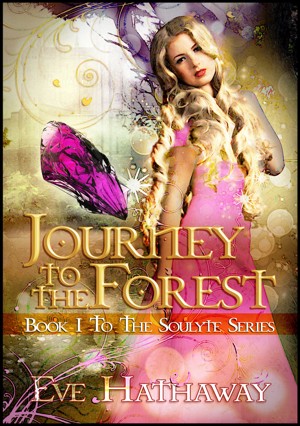 Journey to the Forest: Soulyte 1

By Eve Hathaway
Madala is a land plagued by a dark force sweeping down from the north. Heroes are thrown into the blackness in order to uncover the evil. Cyrus wants more than anything to become a proper Hero—but he needs his Soulyte, the creature of magic that lends its powers to the hero, helping him in his journey. But his Soulyte is more than it seems. Is he destined to fight besides the one he feared most? More
From the Publisher that brought you popular short story series Song of Teeth, Children of Time, Chains of Darkness, The Splicers, The Night Sculptor, Blood Waters, Requiem for a Dream, and The Taken. And now, here's Soulyte...

How far would you go?
THE ROAD TO BECOMING A TRUE HERO

Madala is a land plagued by a dark force sweeping down from the north. Heroes are thrown into the blackness in order to uncover the evil, countless numbers of young men and women risking their lives for a chance to prove themselves.

There is no doubt that Cyrus wants more than anything to become a proper Hero. He wants everything the title entails: the sword, the glory, and most importantly he wants a companion—his Soulyte. This creature of magic lends its powers to the young man, helping him in his path to grow into a Hero of Madala. But when his Soulyte is revealed to be more than it seems, Cyrus’s courage is tested and he must learn to overcome his fears and save those who need him.

Can the thing he fears most be the one thing that can help him on his journey?

FREE BONUS FOR YOU AT THE END OF THE BOOK!

EXCERPT
Cyrus looked at her while his head spun. She was small and probably younger than he. Her hair was long and thick and the color of moonlight, almost glowing in the night air. If it weren’t for the fact that it was covering her nudity, Cyrus might have died at that very moment.

He tried to speak and it was admittedly the most he had ever said to a woman not in his immediate family.

“My name is Magdeline. I was cursed by an old witch. I was trapped and sold to that market. Not one had a Soulyte even similar to mine so I was never released. When I saw you… Well, that changed everything! I had the chance to be free again and find that old hag. But when that bird attacked me… I decided to just stay with you. Despite your naivety and stupidity, you’re a pretty nice guy.”

It was then that Cyrus finally fainted.

“You know,” she whispered. “When the Hero kisses the damsel, it’s supposed to be happily ever after.”

Next in the Series:

2 - Search for the Witch

3 - Pursuit of the Cursed

Download and discover why readers are raving about Eve Hathaway.

You have subscribed to alerts for Eve Hathaway.

You have been added to Eve Hathaway's favorite list.

You can also sign-up to receive email notifications whenever Eve Hathaway releases a new book.