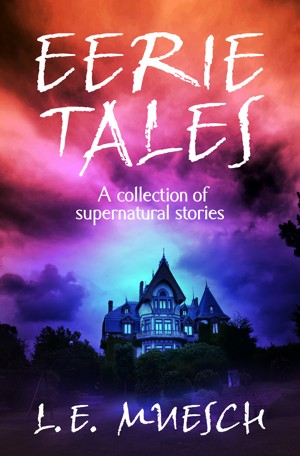 These twelve eerie tales draw upon different cultures and themes with accurate historic background and characterization. The author’s personal experience in extensive and remote travel throughout the world have become the inspiration of his writings. Some of these eerie stories are based on folklore and others purported by some to be fact.

L. E. Muesch grew up in southern Arizona. He’s been a farmer, engineering director, and circumnavigator and author. In 2001 Ed and his wife Helen left to fulfill their dream of sailing around the world. Ed’s passions in life are sailing and writing. Following his circumnavigation he has written four books and continues to travel to far-off places that have become the inspiration of his writings. He divides his time between living in a log cabin in Western North Carolina (Appalachia) and sailing in the Eastern Mediterranean. Ed received several literary awards including, Winner in the Action Adventure category of the 2009 National Indie Excellence Awards.

Ed will soon be introducing two new books, Chacachacare, and Dark Trader He will also be host of the weekly BlueRidgeReststop-PublicPodcast.com comming in September, 2011.

You have subscribed to alerts for L.E. Muesch.

You have been added to L.E. Muesch's favorite list.

You can also sign-up to receive email notifications whenever L.E. Muesch releases a new book.