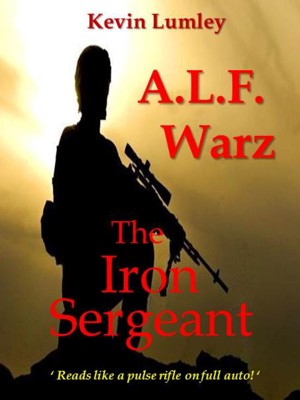 By Kevin Lumley
Rated 5.00/5 based on 1 reviews
A flat out, blistering military space opera adventure, featuring Recon Scout Sgt Iron Ryker and his partner, Quake, as they battle against enemies both human and alien across the Federation of Colonised Worlds.

Sgt. Iron Ryker is a trooper in the Colonial Armed Forces. The Federation of Colonised Worlds military muscle. From battles against the alien and savage Ru’a, in the deserts of Arkula, to police actions against the terrorists of the Independent League on Sharna, to skirmishes with the lizard-like Geckos and feline Zrene, Rye is always in the thick of the action. He’s a dedicated CAF trooper through and through, a comvet, admired by his officers and fellow soldiers alike. Until the day comes when an act of murder will set Rye, and his companion Quake, down a path of vengeance that eventually leads them to question everything they’ve fought for and believed in.
Laser blasting science fiction action and adventure at its best.

A well written and fast paced military space opera...a full length novel that keeps up the momentum from first page to last.
Reads like a pulse rifle on full auto.

I live with my beautiful wife and many animals in a small rural village at the base of the Blue Mountains in NSW, Australia. 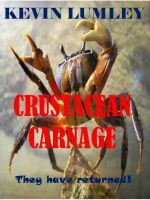 Hell of a good book, really enjoyed it.
The story grabs the reader straight away, as you're thrown right into the thick of a battle in the opening pages, with our hero, Sgt. Iron Ryker, fighting for his life against some rather gruesome aliens with a taste for human flesh.
ALF Warz: The Iron Sergeant follows the adventures of Rye and his partner, Quake, across a number of the Federation of Colonized Worlds different planets. Fighting against hostile aliens on one planet or being kidnapped by the revolutionaries of the Independent League on another (a group opposed to the Federation's colonizing polices) the two Recon Scouts are frequently thrown into the most dire of situations.
Along the way they team up with other troopers from the Colonial Armed Forces, including the beautiful, coldly aloof and downright dangerous, Jessa, a former assassin and Ripper, a hugely muscled weightlifter and jet-biker, not to mention a variety of other major and minor characters the two Recon Scouts come across in their travels.
This is a quick read, not because it's a short story (it's not, this is a 300 page epic) but because you have to find out what happens to everyone in the next chapter.
I haven't had such a good time reading a book for quite a while. It reminds me of the science fiction adventure classics I used to read when I was younger, but written for a more modern audience.
While this is a stand alone novel I certainly hope we haven't seen the last of the Iron Sergeant, this could well become a great series.

You have subscribed to alerts for Kevin Lumley.

You have been added to Kevin Lumley's favorite list.

You can also sign-up to receive email notifications whenever Kevin Lumley releases a new book.