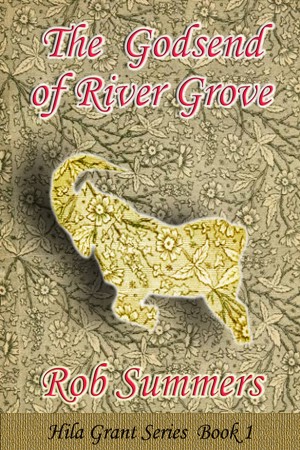 The Godsend of River Grove

The author of the Wizards’ Inn, Hila Grant, and City Allegories series is an administrative assistant at a university. He lives with his wife on six wooded acres in rural Indiana. After discovering, while in his thirties, that writing novels is even more fulfilling than reading them, he began to create worlds and people on paper. His Mage powers include finding morel mushrooms and making up limericks in his head. Feel free to email him at robsummers76@gmail.com

About the Series: Hila Grant

Not romance novels, the Hila Grant series explores life in Midwestern churches at the turn of this century. Don’t expect predictable plots or a heroine who is sweet or even constantly rational. Do expect realism, some humor, and emotional intensity. Did I mention that Hila is not as mentally stable as some readers would prefer?

Wow! What a great book. I love how real and human and flawed and powerful the main character is...so captivating.

You have subscribed to alerts for Rob Summers.

You have been added to Rob Summers's favorite list.

You can also sign-up to receive email notifications whenever Rob Summers releases a new book.