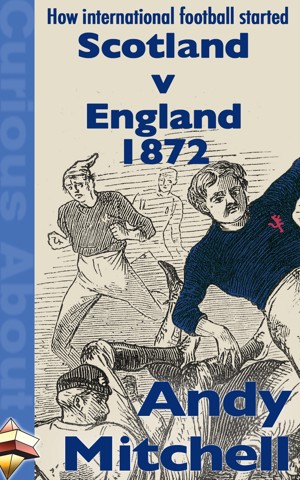 Sports historian Andy Mitchell, former head of communications at the Scottish FA, has researched the events that led to the creation of a global phenomenon.

He brings to life the players who set the ball rolling in first international in Glasgow on 30 November 1872 and describes how this game was not just a beginning but also marked the end of two years of arguments - which included five experimental contests in London and even sparked the first rugby international.

You have subscribed to Smashwords Alerts new release notifications for Andy Mitchell.

You have been added to Andy Mitchell's favorite list.

You can also sign-up to receive email notifications whenever Andy Mitchell releases a new book.