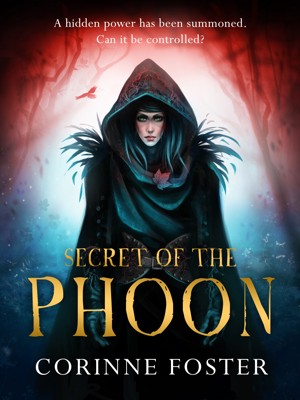 Secret of the Phoon

By Corinne Foster
Faced with certain death, Avira is forced to summon the Phoon, a long-secret supernatural power, to protect herself. Can she keep it safe from the two opposing powers who now race to challenge her for it, and when will she realize that the bigger threat lies within her own community?

Corinne lives in Buckinghamshire in the UK. She wrote her first book on a spiral-bound shorthand notebook when she was twelve years old and hasn’t stopped since, though most of her work has remained in a cupboard. She was written film scripts and plays – one short film script ‘Peel and the Broken Boy’ is in production and due for release early in 2014, and a one-act play ‘Spirited’ is being performed as part of the Supernova VI festival in Havant, Hampshire, UK in February 2014.
‘Secret of the Phoon’ is her first e-novel, to be followed by a prequel mid-2014, and others in the series are planned.

You have subscribed to alerts for Corinne Foster.

You have been added to Corinne Foster's favorite list.

You can also sign-up to receive email notifications whenever Corinne Foster releases a new book.