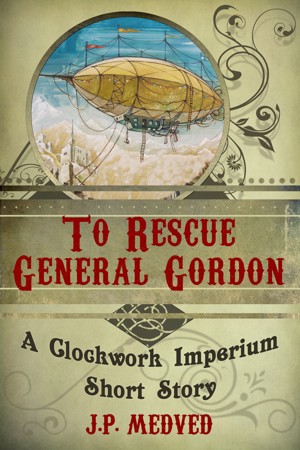 The famous General Gordon is trapped in a city under siege by the Prophet's soldiers. Henry and his friend James, two young officers in Her Majesty's Royal Air Navy, along with the hulking Sikh, Raheem, decide to rescue him. Their methods aren't exactly "cricket." Their superiors call it insubordination. They prefer to think of it as following orders...creatively.

The adventure will either bring them glory and fame, or doom them to a painful death at the hands of savage tribesmen… If their own commanders don't get to them first!

J.P. Medved writes fun adventure stories and thoughtful thrillers, from Steampunk works like TO RESCUE GENERAL GORDON, QUEEN VICTORIA'S BALL and IN THE SHADE OF THE ISHTAR TREES to philosophical mysteries like SECOND OPINION. You can preview his other works and download free stories at www.jpmedved.com.

When not writing, J.P. can be found frying anything he can get his hands on in his deep fat fryer, shooting tons of guns and losing himself in a good book at the most inopportune times (around the dinner table, at baseball games, during heartfelt emotional conversations). 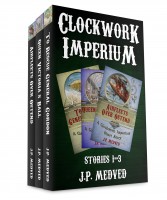 You have subscribed to alerts for J.P. Medved.

You have been added to J.P. Medved's favorite list.

You can also sign-up to receive email notifications whenever J.P. Medved releases a new book.