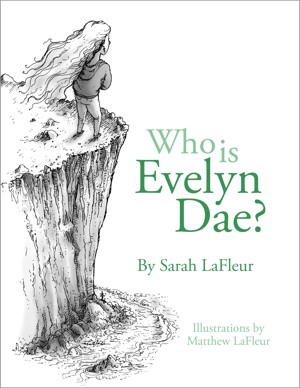 Who Is Evelyn Dae? Volume 1

By Sarah LaFleur
Rated 4.00/5 based on 3 reviews
Evelyn Dae has a secret she wishes she could run away from. Evelyn Dae has a past she cannot remember. Evelyn Dae has a boy she wants to avoid, but can't resist. Who Is Evelyn Dae? Find out in this illustrated tale that mixes her diary sketchbook entries with traditional storytelling.
Download: epub mobi (Kindle) pdf more Online Reader
rtf lrf pdb txt
Price: Free! USD
Add to Library
Create Widget
Tags: narrative diary narrative fiction day sketchbook diary entries evelyn diary format dae whoisevelyndae
About Sarah LaFleur

Until December 2012, Sarah LaFleur was a working pianist and teacher. In the midst of a career change, she started writing a story. Less than 17 weeks later she completed her first full-length novel currently being shopped around for traditional publication.

Evelyn Dae was born when Sarah decided to launch her writing persona (lafleurdeplume) on social media. By early September 2013, she connected with a wonderful community of writers and readers who convinced her to publish the website story as an ebook.

Sarah continues to write, and has several projects in the works including a sequel to her first novel, and the second volume of Who Is Evelyn Dae? She lives in the greater Chicago metropolitan area with her children, husband, cats, and piano. 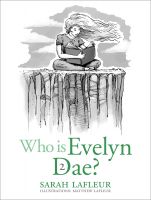 Reviews of Who Is Evelyn Dae? Volume 1 by Sarah LaFleur

Who is Evelyn Dae, Volume One, flows like water through your fingers; every time you try to pin down what Evelyn's origins are or why she won't date boys or why she's allergic to seawater or what her big secret is that she's protecting, the narrative swims around you and you find yourself deposited on a different shore than the one you departed from. I love how the story drifts through time as you read Evelyn's journal; it's done in a really addicting that kept me reading till the very end. And because it's written as journal entries, you feel so close to Evelyn and her emotions as she lives the story she's telling. It's just so good!!

My only disappointment was that it's broken into two volumes so the end felt really abrupt and I didn't have the second volume loaded up on my device for immediate reading!

Me and a couple other classmates had to read this book for Guided Reading in school. From all the books we have previously read, this is probably the book that I enjoyed the most. Especially because this book is in the YA category, the story was very easy to relate to. It expressed a typical teen girl’s emotion perfectly. This book brought laughter, shock, and many other emotions to my Guided Reading group. Also, the pictures were just amazing. It may not seem like it but the illustrations related to the story perfectly in many ways. The only weakness of this book was the detailed dates and time. It was easy to miss out important clues and points of the story because the dates were just scattered all over the place. Although the dates were a bit difficult to follow, it was a huge joy when we did solve the meaning behind each date and the orders of the events. In conclusion, it was a very entertaining book to read.

This short novella is a true YA. I guess that’s its strength and its weakness. Strength because it will most certainly appeal to the goal audience, and its weakness because adults will see the foolishness of it all. Which will allow them to see the overwhelming amount of sentences beginning with ‘I’.
Yes, it is written in first person POV and however much that works at times in the story, more often it does not and feels very self centred but most of all it reads very limited. But then again isn’t that a true young adult trait, being self centred? Still, even first person doesn’t need that amount of ‘I’.
There are a few typos and some misplaced punctuation, but that doesn’t really matter, since the story is captivating enough. Another gripe is that the story is cut in two while I can’t imagine why because the total is still not a very long one. And I am no fan of ‘forced’ series creating when one book would have been better.
A plus however is the fact that the author used ‘handwritten’ pages with drawings in the book to show the inner workings of the character.
All in all a decent read.

You have subscribed to Smashwords Alerts new release notifications for Sarah LaFleur.

You have been added to Sarah LaFleur's favorite list.

You can also sign-up to receive email notifications whenever Sarah LaFleur releases a new book.