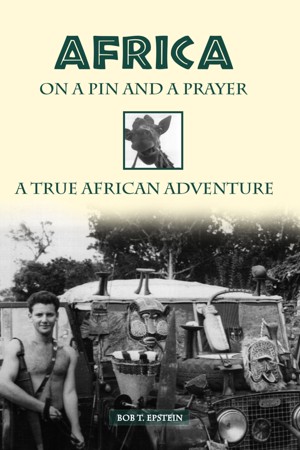 Africa on a Pin and a Prayer

Excerpt:
Massawa, "filthy" Massawa was my first experience with the degradation of children selling themselves as sexual objects. Little blue-eyed boys and girls propositioned us. These chocolate skinned children, we were to learn, were the progeny of the many Italians (as well as various visiting seafarers) that passed through or were stationed here and had strong economic control of Ethiopia and Eritrea for a very long time. There were hundreds of these bedraggled and waifish young people, who, for a bit of food would do anything, and whose degradation was directly proportional it seemed, to their miserable predicament. Many of these girls and young boys were the orphans of the lonely loins of sailors and occupiers alike, who made babies by the thousands. What I saw there were small, dilapidated attached homes; they were once clean and attractive abodes, now remnants of foreign occupational Italian provincials, vacated by the victors. They stood dirty and run-down in so many more ways than architecturally. These homes had young girls hanging out of every window, sitting on the front steps leading to their front doors, vying for the attention of anyone they could get to pay them a few cents for their sexual favors’.

Bob Epstein has been a writer/photographer and Public Relations Specialist for more than 50-years.
The History Press in S.C. published one of three books he’s written in 2013. “The History of Fishing In The Florida Keys” in June 2013. Updated book a historical guide to the islands of the Keys titled 43-Bridges to the Florida Keys and his latest book: Africa On a Pin and a Prayer.
Over 2500-articles, several thousand photos and digital images have been sold to, hundreds of magazines and newspapers. Several radio shows, appearances on cable and network television shows as he discussed his other 7-published books, are also part of his considerable resume’. Bob was Fishing Editor for the Florida Keys at the Miami Herald, and also a columnist for 25-years for Outdoor Florida Magazine, along with monthly fishing articles for international markets in Italy, France and England. Scripps Howard Newspapers published dozens of articles on fishing and fishing conservation marine issues, they assigned to Bob.
For 21-years, Bob was Special Projects Liaison for Olympus Camera and Digital Products where he and his wife and business writing partner, created, managed and saw to fruition, over 150-special projects, including several for children’s genetic diseases such as MS and Children’s Brain Damaged Children Fund, and he incepted and ran the “take a photo, release the fish, the memory is bigger, camera loaner” program for Cystic Fibrosis, Celebrity Redbone Series of fishing tournaments, that has raised millions for research into this child debilitating disease.
He fished with and got to know such notables are President G.H. Bush and General Norman Schwartzkoff, Curt Gowdy, Joe Dimaggio, Ted Williams. For 8-years, Bob was named Official Photographer, right after Hurricane Andrew struck S. Florida, for FEMA . He was responsible for images and videos that were archived by the Congressional Record and Presidential archives as well as liaison for the international and domestic press. Bob also wrote a Spanish column for the 1-million circulation newspaper: “Recovery Times” a newspaper for disaster victims put out by FEMA. He provided almost all photography for this paper. Today, his images show up on various insurance agency and companies brochures taken from the free government archives.
Bob also worked for a short period at a field hospital in Rwanda assisting a doctor in emergency and operational theatre medicine, when he was 18-years old. He traveled and traversed the entire African continent between the age of 17-until his 20th birthday. While in the Congo, he lived with a pygmy tribe for a time, hunting and fishing with them. This book with images “Africa On A Pin And a Prayer” details much of his adventures in Israel and Africa. His motto: “Reality is often far more unbelievable than fiction, so you best take pictures to go along with words.”

You have subscribed to alerts for Bob T. Epstein.

You have been added to Bob T. Epstein's favorite list.

You can also sign-up to receive email notifications whenever Bob T. Epstein releases a new book.