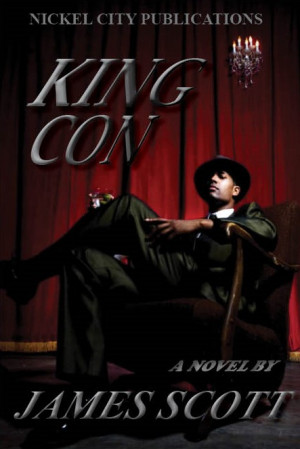 By James Scott
Love, Lust, Deceit, and Murder. Have you ever loved someone that friends and family warned you to stay away from? But in your heart, you know that person was meant for you. Meet Mikki Clark, A successful District Attorney and Diamond, A scheming Con Man unstable in his ways. Will their love survive the odds against them ? Or will societies expectation's tear them apart? More
A smooth criminal is what they called him. Diamond Meeks grew up a product of his environment. He was the best of the best when it came to scheming and swindling people out of their money. However, he developed a particular sensitivity for women, despite the fact that he thought of women as disposable pleasures rather than meaningful pursuits.It all began with his childhood love for his best friend Mikki, who was raised by parents in law enforcement. When her parents found out she had been seeing a common thug, they forbid her to see him. To make matters even worse, they shipped her off to military school, hoping to re-enforce the values they had instilled in her. Nevertheless, Diamond and Mikki found ways to keep in touch.While Mikki excelled in her career and became an Assistant District Attorney, Diamond excelled in the school of hard-knox and became a career criminal. Despite her career, and the fact that Diamond had no respect for the law, Mikki only saw the good in Dia- mond. After reuniting, they are both are faced with life threatening events that will test their love for one another .Will they survive the odds against them? Or will societies expectations tear them apart?

James Scott is an novelist that resides in the Atlanta, GA area. His debut novel, BUFFALO CITY CZAR has been published by Nickel City Publications.

Biography
James Scott was born in Buffalo New York in 1966. He endured the toughest streets, prison, and near death. Through the grace of God, he was given a second chance to relive his life through different circumstances. After enrolling into ITT-Technical school majoring in information technology, James began following his dreams of writing. He hopes to entertain the world with the tales of the dark side. Today, he resides in Athens, Georgia a proud father of two of God's most precious gifts.

You have subscribed to alerts for James Scott.

You have been added to James Scott's favorite list.

You can also sign-up to receive email notifications whenever James Scott releases a new book.