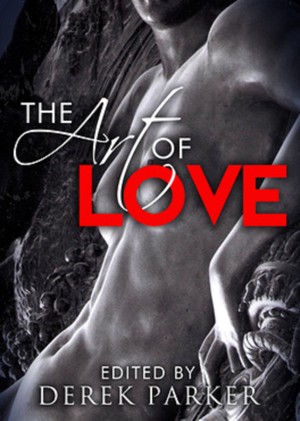 The Art of Love

Derek Parker was Educated at Fowey Grammar School, and started his working life as a reporter on The Cornishman, a weekly newspaper in Penzance, going on to become drama critic of the daily Western Morning News in Plymouth. Having made his first radio broadcast at the age of fifteen, he left newspapers to join the staff of TWW, an independent television station in Cardiff, Wales, as announcer, newscaster, scriptwriter, presented and interviewer. From 1960 he worked as a freelance writer and broadcaster. Between 1965 and 1970 he edited Poetry Review, and in 1968 published (as his first prose book) a short biography of Lord Byron. During the 1960s he wrote and introduced innumerable programmes for both the domestic and World Service of the BBC, most of them concerned with the arts. He reviewed television and books for The Times and various periodicals. He has been a member of the Grand Council of the Royal Academy of Dance, and was for many years a member its Executive Committee, for some time as chairman of its Development Committee. He has been chairman of the Radiowriters’ Committee of the Society of Authors, was for two years (1981-2) chairman of its Management Committee, and between 1985 and 2002 edited its journal, The Author. He remains a member of its Council. Between 1969 and 2002 he was a member of the General Committee of the Royal Literary Fund (as Registrar between 1977 and 2002).
His publications include: The Fall of Phaethon (poems, 1954); Company of Two (poems, with Paul Casimir, 1955); Beyond Wisdom (verse play, 1957); Byron and his World (1968); The Twelfth Rose (ballet libretto, 1969); The Question of Astrology (1970); The Westcountry (1973); John Donne and his World (1975); Familiar to All: William Lilly and 17th century astrology (1975); Radio: the great years (1977); The Westcountry and the Sea (1980); The Memoirs of Cora Pearl (fiction, as William Blatchford, 1983); Fifteen erotic novels, published anonymously (1988-96); God of the Dance: Vaslav Nijinsky (1988); The Trade of Angels (fiction, 1988); The Royal Academy of Dancing: the first 75 years (1995); Writing Erotic Fiction (1995); Nell Gwyn (2000); Roman Murder Mystery: the true story of Pompilia (2001); Casanova (2002); Benvenuto Cellini (2004); Voltaire (2005); Outback (2008); Banjo Paterson (2009) (2010); Governor Macquarie (2010) He has collaborated with his wife, Julia Parker, on over thirty other books, including The Compleat Astrologer and Parkers’ Astrology.

You have subscribed to alerts for Derek Parker.

You have been added to Derek Parker's favorite list.

You can also sign-up to receive email notifications whenever Derek Parker releases a new book.