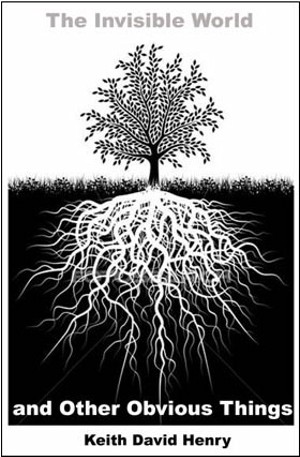 The Invisible Wolrd and Other Obvious Things

By Keith David Henry
This book, the second in the "Architects of he Aquarian Age Trilogy" series, explores the profound nature of the invisible world and encourages the reader to identify with the invisible origins of the material world. It delves into the physics & metaphysics behind the visible in laymen's terms and offers a unique perspective on the value of embracing the invisible as preeminent over the visible.
Available ebook formats: epub mobi pdf rtf lrf pdb txt html
First 50% Sample: epub mobi (Kindle) lrf more Online Reader
pdb
Price: $10.00 USD
Buy Add to Library Give as a Gift
How gifting works
Create Widget
Tags: spirituality religion physics spirit metaphysics quantum creation invisible duality
About Keith David Henry

Keith David Henry was born and raised in Philadelphia, Pennsylvania. By trade he is a Certified Systems Engineer, a Certified Trainer, and a published author. He has been an Information Technology professional for over thirty years, and has been an adult educator since 1986.

Keith's eclectic background includes more than thirty-three years as a religionist, an artist, a creative and technical writer, and an adult educator. His involvement with and interest in particle physics theory early on in his vocational career and up to this date, his proclivity toward astro-physics theory, and his general aptitude for scientific cogitation adds a technical edge to his fluent, easy-to-read, and pleasant writing style which is accented by his clever wit and skillful prose.

Keith's books explore a broad range of esoteric cosmology incorporating science, philosophy, and metaphysics into his quest to answer the age old questions, Who Are We, Where Did We Come From, Why Are We Here, and Where Are We Going. He believes that the quest for knowledge should yield many more questions than it does answers, emphatically asserting that "the question is much more important than the answer."

Having previously been an ordained Pentecostal Minister for a church in Philadelphia he later turned his sights to more esoteric pursuits, becoming conscientiously involved in the study and practice of various metaphysical disciplines. His reevaluation of mainstream religion coupled with his trademark sense of curiosity and propensity toward research opened up a whole new venue of expression for him. He prides himself on his wide range of general knowledge within this venue and has over the years become a Theoretical Metaphysicist.

Keith is the author of several books on Metaphysics and Philosophy and has recently published his first science fiction adventure novel. His latest book, Culture Is Not Necessarily Your Friend, is scheduled for release in the fourth quarter of 2011.

Keith is also the host of the Internet Radio program, Progressions of Consciousness which airs on the Community Listening Network via Blogtalk Radio. Topics include metaphysics, philosophy, religion, science, and other esoteric subjects of interest.

You have subscribed to alerts for Keith David Henry.

You have been added to Keith David Henry's favorite list.

You can also sign-up to receive email notifications whenever Keith David Henry releases a new book.