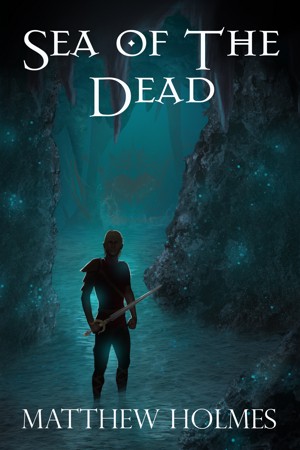 Sea of the Dead

By Matthew Holmes
Rated 5.00/5 based on 1 reviews
A young prince runs away from his home to avoid the throne, but is soon sucked into his true destiny; saving all of Magentara from the great evil that has surfaced. More
Long, long ago, a land of great wealth and power flourished, as its citizens were blessed with a unique magical ability. But they soon misused this magic in great wars that ravaged their world. As punishment for such wickedness, monsters were sent to roam the land and the people’s powers sucked away. The return of magic was promised, but it was far off.

Now Michael, the reluctant high prince of Jenoth, finds himself forced into a quest to recover that magic and to restore his people’s once great civilization. Assembling an unlikely band to accompany him on his journey, he faces the greatest challenges ever known to himself or his kind!
Download: epub mobi (Kindle) pdf more Online Reader
lrf pdb txt
Price: Free! USD
Add to Library
Create Widget
Tags: fantasy magic evil swords michael prince monsters book 1 book one magentara sea of the dead the slave prince
About Matthew Holmes

Born and raised in New Brunswick, Canada, Matthew Holmes is the sixthborn child of his parents. He began writing his first published works for fan fiction sites in his early teens, and soon after started writing the story which would become the introduction to his ten part series, "The Slave Prince".

Matthew has published four works now; including a short collection of poetry and prose written during times of deep trouble in his life. Other works, such as "Tower of Ashvale" and the upcoming third instalment to his series allude to elements of his past mental health struggles and moral conflicts.

He is currently living in Fredericton, NB with his wife and young daughter as he studies Phychology at St. Thomas University. While his education takes priority, he plans to continue to write whenever time allows.

Also in Series: The Slave Prince

Just finished this and I loved it. Great imagination and not too many error mistakes. Sometime soon I'll be getting your next book too.

You have subscribed to alerts for Matthew Holmes.

You have been added to Matthew Holmes's favorite list.

You can also sign-up to receive email notifications whenever Matthew Holmes releases a new book.