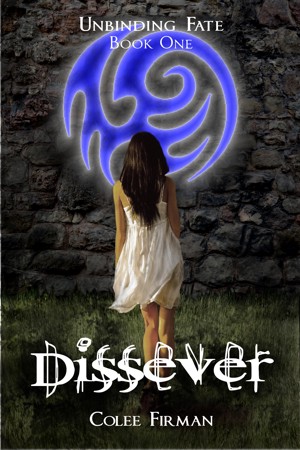 Sanders Family - Humans sworn to protect and serve the Akori.

What could be worse than getting stuck with a destiny like that? Tanner Sutherland is about to show her.

When a death in the Sanders Family leaves their power and secrets up for grabs, centuries old rumors begin surfacing. Far more sinister reasons for her family's involvement with the Akori than Addy ever could've imagined come to light. She learns the hard way that placing her trust in anyone could lead to disaster.

Betrayed by old friends and leery of new ones--she's left to cut through the lies and deception to get to the truth.

Colee Firman grew up in Michigan and still makes her home there. Writing is one of her hobbies and The Unbinding Fate Series is the first work she's published.

I loved reading this book. Excellent characters. The story draws you in and stays interesting all the way through. I will be buying the other books in this series and will be hoping for more Debra

As soon as i started reading this book i couldn't bring myself to stop. I was given this book in exchange for an honest review and have to say a big THANK YOU to ms firman for writing such a great book.

The story revolves around our leading lady Addy whom comes from a long line of overseers whom are essentially a guardian per se of the overseers stone which contains the power of a group of beings called akori whom look like humans except for blue markings on their hands. They also have varying abilities that the overseers stone blocks. Addy and her grandfather are the last of the overseers and once fate (addys grandfather) dies Addy is expected to take over. This is a very large responsibility and although she has been training to be the overseers her whole life alot of people are sceptical as she will be the first female overseer ever ( no pressure right lol)

If all of this isn't enough to deal with throw in a hottie whom she has known her whole life and suddenly seems to notice her in a more then friends way and a sexy mysterious hunk who has been drawn to the estate where she live and she connects straight away with. All of this on top of heart breaking betrayal from those she cares most about and twists at every turn. What is not to love about this book.

I now shall have to go and buy the other books in the series to see what happens to addy next and if the guy I'm rooting for wins Addys heart.

You have subscribed to alerts for Colee Firman.

You have been added to Colee Firman's favorite list.

You can also sign-up to receive email notifications whenever Colee Firman releases a new book.