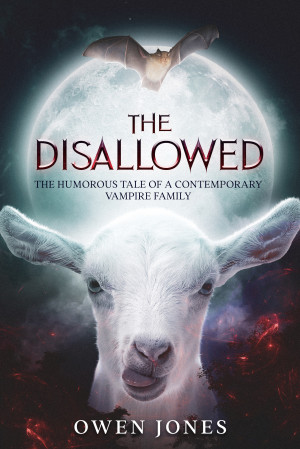 By Owen Jones
Rated 5.00/5 based on 1 review
When the head of the family, Mr. Lee, becomes anaemic he has to find a drastic solution, because he is a long way from the hospital and short of money, so he visits the local shaman. More
The Disallowed

Heng Lee is a goatherd in the remote mountains north-east of Chiang Rai in northern Thailand, very close to the border with Laos. It is a tight-knit community where everyone knows one another.
Heng gets sick all of a sudden, but not too sick to take the goats out, until one day he has to go to see the local shaman, because he has started fainting.
There are no medical doctors in the vicinity and the Shaman has been good enough for most people for centuries.
The Shaman takes some specimens and comes to the conclusion that Heng’s kidneys have stopped functioning and so has little time left to live.
The battle is on to save Heng’s life, but there are other forces at work too.
What will become of Heng, his family and the rest of the community, if he takes the Shaman’s advice?
Available ebook formats: epub mobi pdf rtf lrf pdb txt html
First 20% Sample: epub mobi (Kindle) lrf more Online Reader
pdb
Price: $5.99 USD
Buy Add to Library Give as a Gift
How gifting works
Create Widget
Tags: vampire comedy vampires masseuse humor vampires blood mosquito death demented teens emo vampires and undead vampires bloodlust thriller paranormal romance vampires books vampires gothic horror vampires bloodlust dhampir vampires twilight romance young adult young adult fiction florida spring break blood fantasy supernatural vampires hunters australia paranormal romance vampires bite
About Owen Jones

About the Series: Paranormal

Books with a paranormal bent

About the Series: Spain

Reviews of The Disallowed by Owen Jones

When you see the word ‘vampire’ in a book’s description, it is too easy, in this facile world of the archaic categorisation used by most publishers, to dismiss the work as yet another regurgitation of the popular teen-angst novels of late, or the titillating eroticism that claims to be an update of the original work by Stoker. Well that is a pity because that particular trap will only have you re-reading the same unoriginal works over and over again.
Writing is a creative activity, and with ‘The Disallowed’, author Owen Jones has presented readers with a gem of a tale which sparkles with originality whilst still bringing back a certain nostalgia to those of us old enough to recall the memes created by the Hammer Horror movies of the mid-fifties through to the seventies.
Jones’ take on the vampire story starts with a major break from ‘tradition’ in his setting of the tale. Instead of the tried and tested Transylvanian castle of yore, we have a small agricultural village in northern Thailand in the present day. There’s no Count creeping around dark passageways either. His counterpart is a simple goat-herder, Heng Lee, who, through circumstances never fully explained, experiences a traumatic change that leaves its mark not just on him but, initially, on his immediate family and subsequently on the society in which he lives.
The characters are wonderfully drawn, and Jones’ skill quickly has the reader sympathising with their plight. As Heng Lee overcomes his situation and ultimately turns it to his advantage, many subtle parables regarding the working of our World quickly become apparent. There is also a wicked vein of shrewd humour running through the tale that will provoke many a grin as the reader becomes engrossed in the trials and tribulations that await the protagonists.
Highly recommended to those who dare to read something fresh and vibrant!

You have subscribed to Smashwords Alerts new release notifications for Owen Jones.