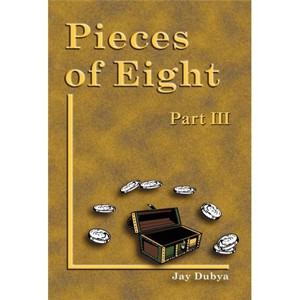 "An Attic Television" and "The Timeless Sports Car" are paranormal tales having '50s themes; whereas, "Time Vigilantes" and "Youth Revisited" lean more toward the science fiction side of popular literature.

Jay Dubya (John Wiessner), author of 42 books, gives a biography of his life.
Born in Hammonton, NJ in 1942, John had attended St. Joseph School up to and including Grade 5. After his family moved from Hammonton to Levittown, Pa in 1954, John attended St. Mark School in Bristol, Pa. for Grade 6, St. Michael the Archangel School for Grades 7 and 8 and Immaculate Conception School, Levittown, Pa. for grade 9. Bishop Egan High School, Levittown Pa was John's educational base for Grades 10 and 11, and later in 1960 he graduated from Edgewood Regional High, Tansboro, NJ. John then next attended Glassboro State College, where he was an announcer for the school's baseball games and also read the news and sports over WGLS, GSC's radio station.
John had been primarily an English teacher in the Hammonton Public School System for 34 years, specializing in the instruction of middle school language arts. Mr. Wiessner was quite active in the Hammonton Education Association, serving in the capacities of Vice-President, building representative and finally, teachers' head negotiator for 7 years. During his lengthy teaching career, John had been nominated into "Who's Who Among American Teachers" three times. He also was quite active giving professional workshops at schools around South Jersey on the subjects of creative writing and the use of movie videos to motivate students to organize their classroom theme compositions.
John Wiessner was very active in community service, being a past President of the Hammonton Lions Club, where he also functioned for many years as the club's Tail-Twister, Vice-President and Liontamer. He had been named Hammonton Lion of the Year in 1979 and in 2009 received the prestigious Melvin Jones Fellow Award, the highest honor a Lion can receive from Lions International.
John also was a successful businessman, starting with being a Philadelphia Bulletin newspaper delivery boy for two years in the late 1950s in Levittown, Pennsylvania. After his family moved back to New Jersey in 1959, John worked at his grandparents and his parents' farm markets, Square Deal Farm (now Ron's Gardens in Hammonton) and Pete's Farm Market in Elm, respectively. He later managed his wife's parents' farm market, White Horse Farms (Elm) for three summers.
Also in a business capacity, for 16 summers starting in 1967 John Wiessner had co-owned Dealers Choice Amusement Arcade on the Ocean City, Maryland boardwalk and also co-owned the New Horizon Tee-Shirt Store for eight summers (1973-'81) on the Rehoboth Beach, Delaware boardwalk. In addition, he was a co-owner of Wheel and Deal Amusement Arcade, Missouri Avenue and Boardwalk, Atlantic City. And then, for 18 summers beginning in 1986, John had been the Field Manager in charge of crew-leaders for Atlantic Blueberry Company (the world's largest cultivated blueberry company), both the Weymouth and Mays Landing Divisions.
After retiring from teaching in 1999, writing under the pen name Jay Dubya (his initials), John Wiessner became an author of 42 books in the genre Action/Adventure Novels, Sci-Fi/Paranormal Story Collections, Adult Satire, Young Adult Fantasy Novels and Non-Fiction Books. His books exist in hardcover, in paperback and in popular Kindle and Nook e-book formats. 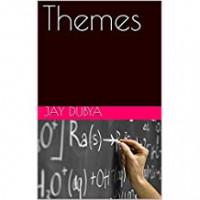 You have subscribed to alerts for Jay Dubya.

You have been added to Jay Dubya's favorite list.

You can also sign-up to receive email notifications whenever Jay Dubya releases a new book.