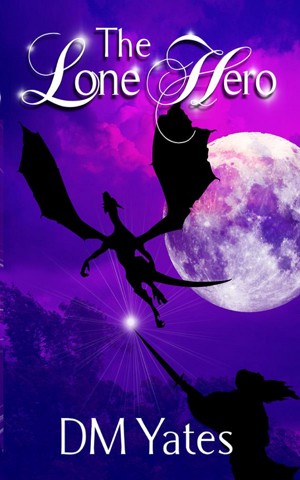 Reviews of The Lone Hero by DM Yates

It's not the only connection. All of our favorite characters from Always make an appearance via different incarnations. Simon aka Einarr is again the main character. This is the story of his first incarnation, which takes place on a different planet; a world of dragons and violence. After a mishap caused by two human boys the dragons of the world, who had hitherto had an uneasy peace with men, take revenge and wage a bloody war. This is the world Einarr is born into, and one he is destined to save, whether he wants to or not.

Einarr's father is the last of the dragon riders; brave warriors who, in the new war torn world have been forced to give up their titles. But his father has secretly maintained contact with his ancient friend, and by infusing his son unborn son with the dragon's magic, he becomes the father to the Lone Hero, a figure prophesied to save the world. But when dragons destroy their village, Einarr and his family are forced to live on the run, hiding out in caves ad forests. This strange, isolated life leaves Einarr with heavy scars that he must learn to heal in order to fulfill his destiny.

DM ytaes has come up with a genius series idea; by using reincarnation it allows us to follow our favorite characters again and again, but instead of being stuck in the same lifetime/story line there is so enough flexibility to keep even the most finicky reader entertained.

I've been looking forward to this sequel since I finished Always and enjoyed it just as much, if not more, than I thought I would.

You have subscribed to alerts for DM Yates.

You have been added to DM Yates's favorite list.

You can also sign-up to receive email notifications whenever DM Yates releases a new book.