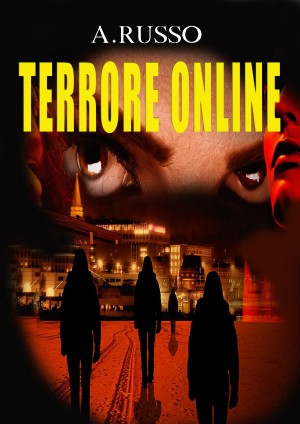 Anna Russo was born in Naples, Italy. Her debut as a writer partly came about after she received a major literary prize for travel writing: "The Next Generation".
As a result of the grant she lived for twelve years in Southern France where she became close to the gypsies, particularly two of the "grand" families of Reyes and Baliardo. From this research and collaboration, she wrote two important books, "Gitani si nasce e si diventa" (We are born and we become Gypsies) and "El Cante Flamenco" (The Flamenco Song), which received support from the Spanish Consulate in Italy and by the Cervantes Cultural Institute.
Her meeting with the publisher Salani generated another book, "La bambina Babilonia" (Babilonia Girl), which received great success and was awarded numerous prizes: Cento Award ’05 -The international Award Gay-Tachè ‘07.
Following this success, she signed with Einaudi r. one of the most respected publishers in Italy. Her new writing includes: "Pao alla conquista del mondo" (Pao conquerer the world) published in 2006 by Einaudi r."Caro Hamid, fratello lontano" (Dear Hamid, my far brothers) in 2007 by Einaudi r. . The meeting with Einaudi publisher represent a decisive turn in the poetics and direction of the author.
In meanwhile she do a lot of conference running up and down Italy to be more near kids and their world.
At the same time, in 2007, begins a collaboration with the prestigious production house, Demas & Partners, for the creation and scriptwriting of the series “I racconti dell’aquilone” (Tales of a Kite), 26 episodes of thirteen minutes each, a series which brings the author’s subjects towards other media carriers.
In 2008 publishes with the famous publishing house Fatatrac, ”Ibrahim, the child of the field”, a text that immediately meets an outstanding public success.
In 2010 publishes with Mursia “The Dictatore’s Moustaches” that becomes a didactict text in the middle school, and in 2011 published with Alacran “Chuang Tse and The first Emperor”.
She lives in Rome, Italy.

You have subscribed to alerts for Anna Russo.

You have been added to Anna Russo's favorite list.

You can also sign-up to receive email notifications whenever Anna Russo releases a new book.