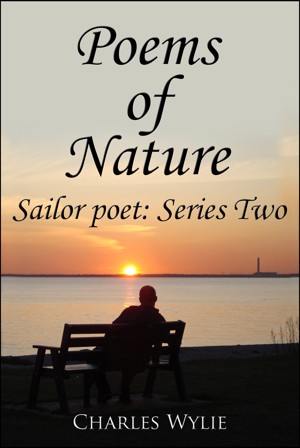 Charles Wylie is a professional British seaman and an amateur dinghy and yacht sailor. He is the luckiest man on the planet, being husband to Jean, father of four, grandfather to nine and godfather to ten. Poetry is a hobby, together with sailing, chess, Scottish Country Dancing, languages, and a variety of other pursuits. He is tickled pink to have been headhunted at the age of 78. As a seaman he had visited all the continents in ships by the age of 21 at over 50 ports and had survived his destroyer being bombed in the Korean War when only just 17 years old. He attributes a reasonable command of the English language to his education at Taunton's Grammar School in Southampton, which set him up for life in four short years. He is particularly grateful to the Royal Navy for its having been a father figure and a source of immense pride for over 65 years. The navy promoted him 10 times, but because he started as a Boy Seaman that means he achieved only the modest rank of Commander (happy with that.) His naval friends (to whom he pays equal respect) range from Able Seamen to Admirals.
He is an Officer of the Order of the British Empire, a Liveryman of the Worshipful Company of Shipwrights, a Freeman of the City of London and a Fellow of the Chartered Management Institute.
His poetry was written for himself (and occasionally for family or friends) and is published now after many years of friendly badgering by dear ones. Self-publishing through Smashwords was chosen because he is confident that no modern publisher would want to publish his generally old-fashioned rhyming and scanning verses.
Charles is a happy man, much blessed.

You have subscribed to alerts for Charles Wylie.

You have been added to Charles Wylie's favorite list.

You can also sign-up to receive email notifications whenever Charles Wylie releases a new book.