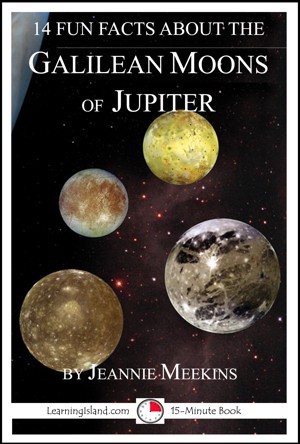 14 Fun Facts About the Galilean Moons of Jupiter: A 15-Minute Book

How much do you know about these moons?
What would Ganymede be called if it did not orbit Jupiter?
What is the most volcanic place in our solar system?
Why does Europa have spots?
Which moon is a good candidate for containing life?

Find out the answers to these questions and more and amaze your family and friends with these fun facts.
Ages 8 and up.
All measurements in American and metric.