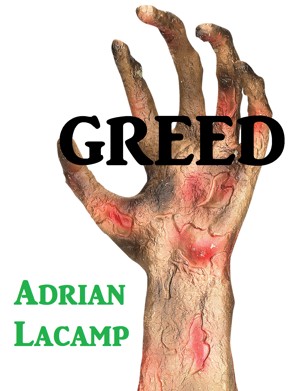 Adrian Lacamp is a retired crime analyst who lives in the south east of Northumberland with his wife, and a few DIY tools. His current hobbies include making firewood out of failed DIY projects, avoiding decorating the home and looking after and sampling single malts.
Apart from his fourteen years as a crime analyst for one of the country's foremost police forces, he spent a twenty four years serving in Her Majestys’ Armed Forces, where he saw service in Germany (mostly) the UK, (some) and the Falklands Islands (after the ’Event’).
He then became a self taught computer programmer, eventually tutoring, to NVQ level 3, on re-training courses in COBOL and Programme Design, before joining the police as a civilian crime intelligence analyst.
He has also worked with several software companies, consulting on both commercial and bespoke software, ranging from crime pattern analysis systems to a story mapping sub-system for an authoring application for fiction writers. (This book was written using that same authoring software, WriteItNow 5).
He now spends a lot of his time being very busy, doing as little as possible… (if his wife lets him get away with it!), or building things from old pallets.

A very interesting and well written light hearted tale of one (million) man and his attempt to take over the universe.

A good comedy science fiction that will take you ten minutes to read but will stay with you for the rest of the day, bringing a smile to your face as you think back to poor old Jansen and his brilliant/harebrained scheme.

You have subscribed to alerts for Adrian Lacamp.

You have been added to Adrian Lacamp's favorite list.

You can also sign-up to receive email notifications whenever Adrian Lacamp releases a new book.