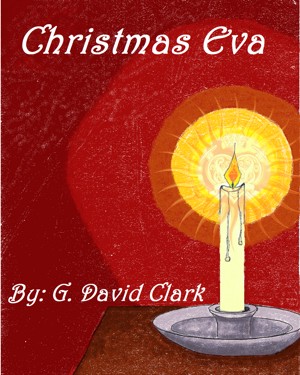 G, David Clark (Gregory D. Clark) is a practicing attorney and founder of JEDTI, A defense alliance of Florida lawyers formed in 2009 in response to the nationwide economic crisis and the effect it has had and contiues to have on the due process rights of regular citizens. The JEDTI Knights were acknowledged and introduced in acclaimed legal thriller author Michael Connelly's (2013) release The Gods of Guilt (of the Lincoln Lawyer series) appearing in chapter four. Greg and the JEDTI Knights also appear in the 2016 non fiction legal thriller "Chain of Title", by noted award winning writer David Dayen.

Mr. Clark is presently working on the novel "Eva's Gift" which is based on the short story you just read. It is a legal thriller of the three "Rs": Romance, Revenge, and Redemption.

A personal and throat-clenching tale that exposes as much as inspires. Clark has shown unabashed courage in addressing perhaps the most powerful of human fears: our accountability in the face of mortality. Christmas Eva not only brings us closer to our own inevitability but also opens a door to a deeper emotional adventure soon to come...

I found this story so compelling that It was difficult to keep dry eyes when I read it aloud to my family during a Christmas break gathering. Christmas Eva contains something that is so lacking in a lot of writing out there: Meaning. It is written in a style that moves as well as informs the reader, and, in my case delivered a message of humor, love and giving that I'll never forget.

A heartwarmingly touching tale about a serious subject based on true events, Christmas Eva is a quick, brisk read that will stir your soul and cause you to ponder both the perception of events within the tale, and the truth that lies behind it. Highly recommended. I look forward to the "sequel" coming next Christmas!

You have subscribed to alerts for G. David Clark.

You have been added to G. David Clark's favorite list.

You can also sign-up to receive email notifications whenever G. David Clark releases a new book.