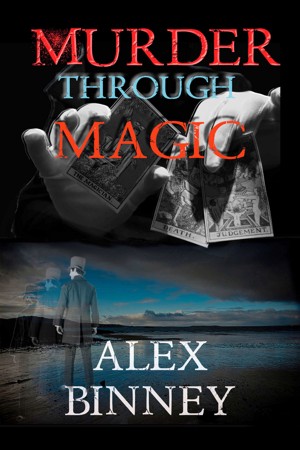 By Alex Binney
Did Edward Isaacs really commit suicide, or was he murdered? Despite the suicide note, the unique tattoo on the body washed up on the beach, and the dental records, perhaps the body was someone else? Confusion follows when a mishap at the funeral reveals an empty coffin. Was Edward intent on committing multiple revenge murders from beyond the grave by some magical power, or was he alive? More
When world-famous magician Edward Isaacs disappears and a suicide note is found near a beach, many assume it is some sort of publicity stunt. That all changes when a body is washed up, identified as the missing magician by a unique tattoo and dental records. But did he really commit suicide, or was he murdered? And is he really dead? Events that follow suggest otherwise, particularly when a mishap at his funeral reveals an empty coffin. And, worse, is he committing revenge murders from beyond the grave…