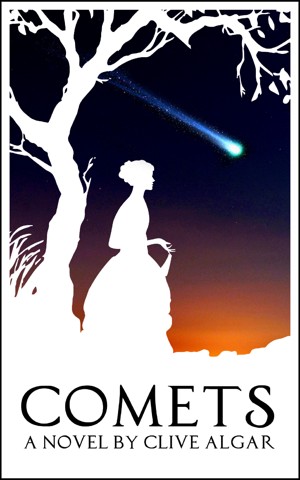 Clive Algar was born in Cape Town in 1942 and has also lived in Johannesburg, Namibia and London. He was a group executive in an international mining company and started writing fiction when he retired and returned to South Africa.

His first novel, Journeys to the End of the World, was published in 2007, and his second, Flowers in the Sand, in 2011. His third novel, Comets, was published as an eBook in 2013. He was invited to contribute a short story to a new Afrikaans anthology of Boer War stories (Boereoorlogstories 2) which was published by Tafelberg in 2012. His story “The Twins” appears in translation.

Clive and his wife Sue divide their time between their mountain home near Wolseley, Western Cape Province, and their lock-up-and-go in Cape Town.

Reviews of Comets by Clive Algar

You have subscribed to alerts for Clive Algar.

You have been added to Clive Algar's favorite list.

You can also sign-up to receive email notifications whenever Clive Algar releases a new book.