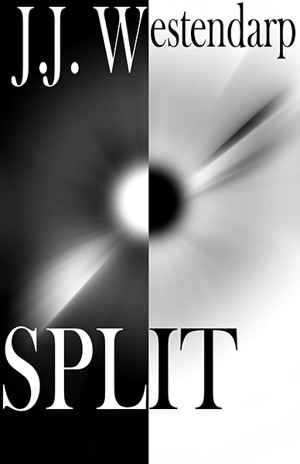 J. J. Westendarp is a Navy veteran who lives in the Western New York area with his wife, two kids, and basset hound, appropriately named Buffy. He is an unapologetic Dallas Cowboys fan, loves to play games (video and board) when he gets a chance, and has an unhealthy obsession with Star Wars.

About the Series: The Eternal War (Shorts)

Short stories in The Eternal War series which highlight individual characters and moments within their lives.

Erika hunts vampires with her mento and friend Mitch but not in the traditional way. When a vampire tries to bite or attack her, it just dies. Adonis, a mysterious friend of Mitch wants to help her adapt this skill to kill from a distance but Erika is starting to think that she might be being used for another agenda.

Erika was a character who is not fully comfortable with who she is and what she can do. She can be reckless, going out hunting on her own before she is fully in control of her abilities which annoys Mitch who wants to keep her safe. When Adonis comes along he is less rigid about rules and wants to speed up her training to develop her mental killing skills, while Mitch wants to train her in self defence first. I liked her as she was tough but vulnerable and pretty smart.

The plot was interesting and entertaining and was certainly character based. There was good development and the story had a nice mix of vampire death and training. I liked the twist onhow Erika can kill the vampires, which was a bit different from the usual vampire story. I did guess part of what was happening with Mitch but not the major reveal with Adonis. The big finale of the book was satisfying and I did very much enjoy this story. I'm quite keen now to read Spiral X which has been on my wishlist for a couple of years.

Had a few too many typos and grammatical errors to completely please me but the storyline was good and the writing as well.

J.J. Westendarp did it again. In this very short novelette he some how manages to put together a great story with characters that pull you right into their world.

His writing captures you from the first page and doesn't let you go well after you've read the final chapter. I, for one, can't stop thinking about whats next and can hardly wait until another book comes out.

For a short story, Split gets a lot done. The main character, Erika, immediately becomes familiar and comfortable. As the introduction to another character in the Eternal War (begun in Spiral X), it accomplishes its purpose of making me want to find out more about her while still giving me a distinct and satisfying story in its own right. Don't let the fact it is only 15,000 words fool you, this is a meaty story and well worth your time.

(review of free book)
Miranda Lynn reviewed on Jan. 29, 2011
(no rating)
I do want to say that the main character Erika is one to keep an eye on, I have a feeling she will play an important role of her own in future novels of the Eternal War. Or that is what I hope. Mitch and Adonis both play an important role in who Erika becomes and what she learns of herself. This is definitely worth your time, it is a quick read and one that will leave you wanting more and more as Spiral X does as well. I couldn't put it down once I opened my copy. Very good!

(reviewed the day of purchase)
Michael Wilson reviewed on Jan. 29, 2011

It is refrehing to see this Vampire story back where they belong, the thriller section. The twists are amazing, especially for a short story.
Very, very good.

You have subscribed to alerts for J. J. Westendarp.

You have been added to J. J. Westendarp's favorite list.

You can also sign-up to receive email notifications whenever J. J. Westendarp releases a new book.