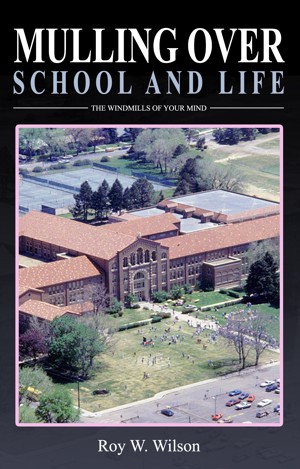 The Windmills of Your Mind

There is evidence that most people practice one of these kinds of reflexivity more than the others. In this volume, I introduce thirty-nine members of the South Denver (Colorado) High School class of 1968. I describe the kind of reflexivity they each practice, their last occupation, educational attainment, and their social status. These data set the stage for asking how, in relation to the thirty-nine individuals, different kinds of reflexivity are related (or not) to the level of social status they attain.

Now semi-retired, Roy Wilson formerly served on the Editorial Board of The Society for Modeling & Simulation International Newsletter and was a peer reviewer for the Journal of Artificial Societies and Social System Simulation. Between 2001 and 2010, Roy published several conference and peer-reviewed journal papers related to simulation, small groups, and education.

Also in Series: Mulling Over School and Life

You have subscribed to alerts for Roy Wilson.

You have been added to Roy Wilson's favorite list.

You can also sign-up to receive email notifications whenever Roy Wilson releases a new book.