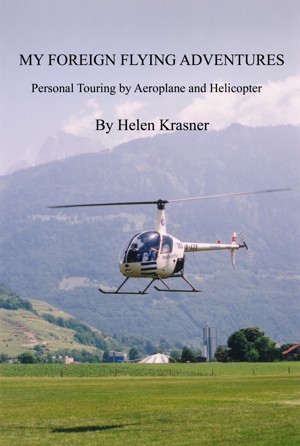 This book should appeal both to pilots and to anyone who enjoys travel and adventure stories. A professional writer for many years, Helen has a fine eye for detail and knows how to tell a good story. Of course the book will be of especial interest to pilots, those who enjoys flying as a pilot or passenger, or anyone learning to fly. But its audience should not be limited to the aviation world, but to all who yearn for foreign parts and adventure, or simply like to enjoy to from an armchair.

Helen Krasner worked as a helicopter instructor for several years, instructing for various flying schools on Robinson R22s and R44s. She has also flown a large number of other helicopter types, held a private pilot’s licence for aeroplanes, and has had a go at flying microlights, gliders, and balloons.

Helen has been writing professionally for many years and contributes regularly to a number of aviation publications. She was nominated for an Aerospace Journalist of the Year award in 2004, for an article about flying helicopters in Russia. She has also had several books published, both print and ebooks, mainly – though not exclusively – on aviation related topics. She is also a former Newsletter Editor for the BWPA (British Women Pilots' Association).

You can find out more about Helen, including details of all of her books, on her website, helenkrasner.com.com. 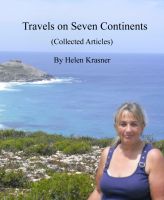 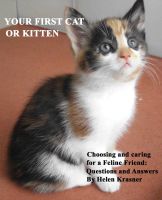 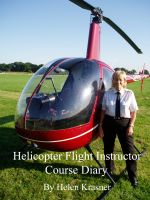 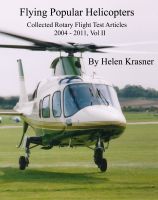 You have subscribed to alerts for Helen Krasner.

You have been added to Helen Krasner's favorite list.

You can also sign-up to receive email notifications whenever Helen Krasner releases a new book.