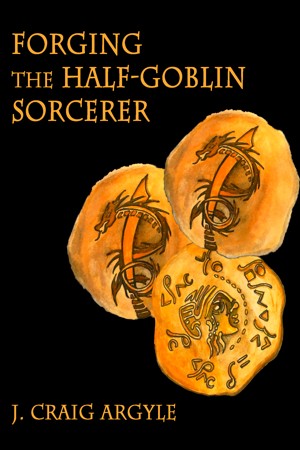 By J. Craig Argyle
The World is in its Iron Age. Sorcerers and alchemists pit magic against science. A half-goblin orphan, Trak, struggles for acceptance in a world torn by racial hatred. His destiny becomes clear when white goblins fleeing the Underworld sweep across the earth pursued by a malevolent demigod. Trak's magic is critical, but in the battle between good and evil which side will Trak support? More
This book is for fantasy junkies. it takes the reader to a world that has just entered its Iron Age. It is a time when kings battle kings for revenge and survival, and sorcerers and alchemists pit magic against science. It tells the story of a half-goblin orphan, Trak, who is hated by both goblins and men. His world is torn by racial hatred, and Trak struggles to be accepted. When he finds love, it is taken from him by fate. It will not surprise regular fantasy readers that the half-goblin eventually overcomes his humble beginnings.
Trak's destiny becomes clear when the earth is overrun by white goblins fleeing the Underworld. His magic is critical in the battle between the surface dwellers and a malevolent demigod who seeks domination of the earth. But which side does Trak support? Be warned, this tale has many twists that will keep the reader guessing as the final battle between good and evil unfolds.
Download: epub mobi (Kindle) pdf more Online Reader
rtf lrf pdb txt
Price: Free! USD
Add to Library
Create Widget
Tags: sorcery fantasy adventure goblins and trolls alchemy and magic adolescent adventure fantasy about a demon fantasy about war halfgoblin thaumaturgist
About J. Craig Argyle

I am a Maya archaeologist excavating at a site called El Mirador in Guatamala's Peten jungle. My past carreers include: organic chemist, military pilot and pathologist. When I'm not excavating, I like to paint and write. 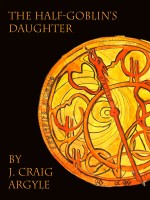 You have subscribed to alerts for J. Craig Argyle.

You have been added to J. Craig Argyle's favorite list.

You can also sign-up to receive email notifications whenever J. Craig Argyle releases a new book.