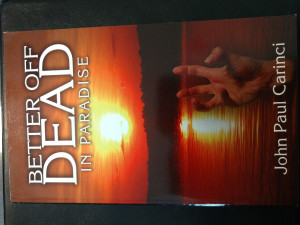 Better Off Dead In Paradise

By John Paul Carinci
Better Off Dead In Paradise is the sequel to Better Off Dead, which told the story of Frank Granstino, a younglife insurance salesman who got trapped the Mafia into writing life insurance policies on people who ended up dying mysteriously. Frank almost killed was saved by the FBI. Now in thise sequel the Mob catches up to Frank in the Cayman Islands, and the chase begins.
Action packed thriller!

John Paul Carinci, a successful insurance executive and president of Carinci Insurance Agency, Inc., for over 43 years, is also an author, songwriter, poet, and CEO of Better Off Dead Productions, Inc., a movie production company.

As a worldwide published author, John's books include: An All-Consuming Desire To Succeed, The Power of Being Different, In Exchange of Life, Share Your Mission #5, A Second Chance, The Psychic Boy Detective, Better Off Dead, Better Off Dead In Paradise, An All Consuming Desire To Succeed, Defying Death In Hagerstown, Awesome Success Principles and Quotations, The Two Lives Of Everett Quinn, There's An Angel Inside Of Me, Angels Performing Miracles, Death To The Prosecution, An Angel In Training, A Psychic Crime Solver, A UFO Abduction, and A Gift from Above.

As a screenwriter, John has adapted many of his novels, including Better Off Dead, A Second Chance, and Better Off Dead in Paradise, The Two Lives Of Everett Quinn, Death To The Prosecution, Paymaster’s Lost Gold of Gettysburg, a TV series pilot, Only Heaven Knows, and Defying Death In Hagerstown, the latter co-written by Jeff Lenburg.

John’s three self-help books, The Power of Being Different, Awesome Success Principles, and An All-Consuming Desire To Succeed, have been translated and published in many foreign countries.

John is a motivational speaker and has appeared in over 100 radio and TV interviews throughout the world. 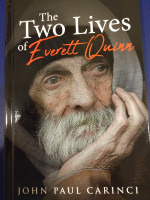 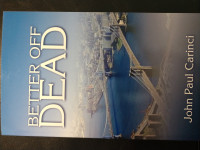 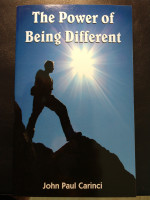 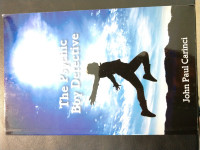 You have subscribed to alerts for John Paul Carinci.

You have been added to John Paul Carinci's favorite list.

You can also sign-up to receive email notifications whenever John Paul Carinci releases a new book.