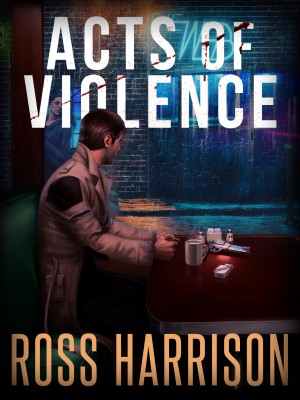 By Ross Harrison
Rated 5.00/5 based on 1 review
Jack Mason thought he was keeping the girl safe. Then he found her dead in his apartment. Now the cops think he did it, and they're not the only ones. The city's crime lord wants him too. If Jack doesn't prove his innocence by the end of the day, he won't live to see tomorrow. More
My name’s Jack Mason. I made a mistake. Took home the wrong girl. Now she’s dead. Cut up. And they’re telling me I did it.

It’s the same cop that tried to take me down ten years ago. Now he’s coming at me hard. And he’s not the only one. Cole Webster, the city’s crime lord, thinks I stole from him. Broke me out of custody just to ask me about it. Then I killed his son. Now he really wants me.

Add to this equation a government agent, and I’m a real popular guy right now. Pretty much everyone I meet wants me dead, lawfully or otherwise. There’s nowhere to run. Nowhere to hide. I’ve got till morning to uncover Webster’s trafficking operation and take the heat off me. And all I’ve got to go on is a pissed off homeless girl with a thirst for revenge.

Reviews of Acts of Violence by Ross Harrison

Ross Harrison's Acts of Violence is a fast-paced, entertaining mystery packed with action and grit. The story takes place on a backwater planet in the NEXUS universe - Harrison's galaxy-spanning space opera series - but other than a few references to fictional technology (holograms, flying transports, and the like), the book reads more like a thriller or nouveau noir than sci-fi.

The narrator is Jack Mason, a police academy dropout turned wannabe private detective. He tells the story in sharp-edged sentences ideal for the setting: a crime-ridden, mob-run town full of violence and debauchery. A caustic wit and blunt demeanor make him an entertaining character to read, both because of his sarcastic quips and quick descriptions of action scenes. The plot follows his efforts to clear his name of the murder of a bargirl whose name he didn't even know when he brought her home for a one-night stand. But as he delves further into the shady operation she worked for, he learns that it's much more than it seems. Driven to find the truth, he winds up tangled up in a web of deceit and power struggles.

I really enjoyed reading this book - even missed my train once because I was reading it at the platform and didn't look up in time. Harrison certainly knows how to plot a novel. The suspense and action were riveting, and the twists at the end gave the book a powerful finish. It's not very long, and with its pounding pace and chapter hooks, I could easily have read this book in one afternoon if I hadn't been saving it for my commutes.

Acts of Violence explores the dark underworld of Harem, the aptly named sin city it takes place in, and doesn't pull its punches. It's not horror, and the violence isn't particularly graphic, but there is a lot of it. Things get real rough for poor Jack.

As far as character goes, Jack is somewhat of an enigma. The story is told in past tense, and he often seems emotionally detached from the situation, but every so often, the anger gets the better of him. He's also an unreliable narrator, denying the reader information about his past, and that adds an extra level of interest.

All in all, I would recommend this book to anyone looking for an entertaining thrill-ride of a read, which was just what I was looking for when I cracked its spine. Well, its digital spine.