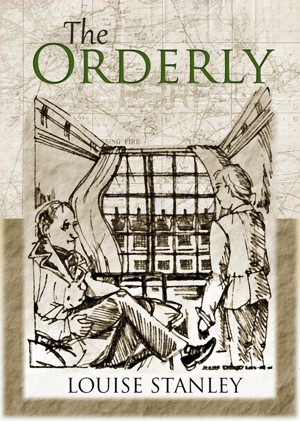 Louise Stanley lives in Hampshire, UK. The Insulan Empire is the 19th century world of Tolstoy and Dostoyevsky, Dickens, Sherlock Holmes and Emile Zola with a sprinkling of magical faery dust to bring it to life as an exciting new fantasy series.

- This story is extraordinarily well-written. Can't stress that enough. Most self-published work is by definition going to be amateurish, but this piece is anything but that

- The world of Michal Piech is very well-developed and cultured. Having taken much inspiration from 18th/19th century Eastern Europe gives the universe a unique bent in a culture (contemporary fantasy) that is pretty much entirely focused on the Middle Ages

- I love the idea of "Magic being on the periphery." In most fantasy stories magic is center-stage, and not only does this often limit the believability of the world, it also detracts from the significance of day-to-day life

This story is not meant to be an epic addition to the Nine Lives of Michal Piech, but it gives great insight into the world he hails from, as well as a layer of characterization from an outside perspective (Kostya). Highly recommended for someone who is looking for something new and a more sophisticated, real-world take on fantasy.

A satisfying peek into a fully realised world that feels like it could have been just over the next border. Louise Stanley is a master and makes creating believable worlds and genuine characters look easy.
I was instantly and gently taken to something familiar yet original. She blends the desires of youth and the not quite jaded experiences of maturity with a deft and subtle hand.
A tale of innocence, love and promise set in an alternate history bound in war. This story of Kostya and Captain Piech resonates, intrigues and entertains.
I can't fault it and can’t wait to read more!

You have subscribed to alerts for Louise Stanley.

You have been added to Louise Stanley's favorite list.

You can also sign-up to receive email notifications whenever Louise Stanley releases a new book.