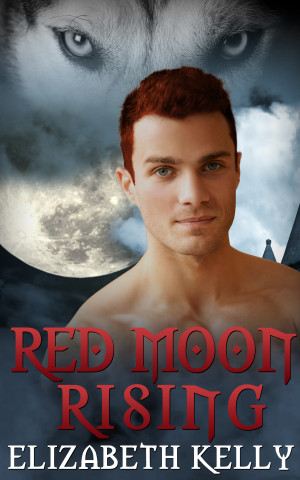 Wounded and dying, Bree is rescued by a half-Lycan named James. Unique not only for his red hair but also his ability to heal, James is horrified to realize her wounds have been caused by his own kind.

Healed by James and taken in by his family, Bree slowly begins to realize that not all Lycans are cruel. Confused by her attraction to the Lycan who saved her life, she must learn to trust James and his family in order to save her enslaved brother.
Available ebook formats: epub mobi pdf lrf pdb txt html
First 20% Sample: mobi (Kindle) lrf pdb Online Reader
Price: $4.99 USD
Buy Add to Library Give as a Gift
How gifting works
Create Widget
Tags: romance paranormal supernatural werewolves lycan
About Elizabeth Kelly

Elizabeth Kelly was born and raised in Ontario, Canada. She moved west as a teenager and now lives in Alberta with her husband and a menagerie of pets. She firmly believes that a human can survive solely on sushi and coffee, and only her husband's mad cooking skills stops her from proving that theory.

You can email her at:

She also writes contemporary and paranormal romance under her alter-ego "Ramona Gray". Check out Ramona's books at www.ramonagray.ca

About the Series: Red Moon Series

Many years have passed since the Great War that destroyed over three quarters of the world’s population. Now, humans and paranormals alike have learned how to survive in the new world.

You have subscribed to alerts for Elizabeth Kelly.

You have been added to Elizabeth Kelly's favorite list.

You can also sign-up to receive email notifications whenever Elizabeth Kelly releases a new book.