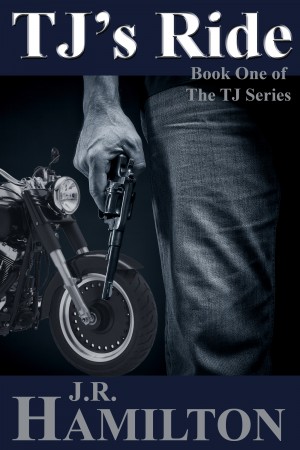 TJ's Ride: Book One in The TJ Series

In TJ's Ride, an action novel of approximately 70,000 words and the first in a planned series, TJ is torn between his dedication to the brothers in the club and his desire to stop drugs from tearing down the only real family he has known. When he discovers who is involved in the operation, he is torn even more, but when a friend is murdered, TJ is focused on one thing: revenging his friend at all costs.

I was born in West Virginia but by the time I was six months old I had seen and done everything there was in the state so we moved to Texas. Until just before I started school we moved around south Texas but I started school in Corpus Christi and lived there until I left school to join the Navy my senior year in 1964. After a time in Viet Nam I was assigned to NAS (Naval Air Station) Corpus Christi and was stationed there for three years. While I was stationed in Corpus I did manage to get into a little trouble and much of it was due to my biking.

I started working on motorcycles when I was thirteen, an old Triumph 650. When I received her, she was in baskets, but with the help of a friend of the family I got her together and running, but it wasn't a Harley. I got my hands on a 1959 Panhead and began rebuilding my second motorcycle; this one became the love of my life.

This is a fun book that kept me interested from start to finish. There is no way to predict what is coming on the next page. As I understand it this is the first in a series and Mr. Hamilton is off to a great start. I will be buying the next book, too.

I didn’t know what to expect from TJ's Ride, by JR Hamilton. Not having read a book about a motorcycle club, I wasn’t sure if it would hold my interest. It did. From the beginning, the book was realistic and engaging. Some books create characters that seem to heal magically and win every battle. TJ is not that character. He needs time to heal, second guesses his decisions at times and shows his humanity. That is why I will look forward to more books in this series.

JR Hamilton has created entertaining and complex characters in this fast paced, highly enrertaining story. My favorite characters are TJ and Jean Marie, and I enjoyed the interactions between the two of them. Once I started reading, I couldn't put the book down. Mr. Hamilton has a way with words and weaves a wonderful spell with his ability to bring the characters and TJ's world to life. My only complaint is that I have to wait for the next installment of TJ's adventures! :)

You have subscribed to alerts for JR Hamilton.

You have been added to JR Hamilton's favorite list.

You can also sign-up to receive email notifications whenever JR Hamilton releases a new book.