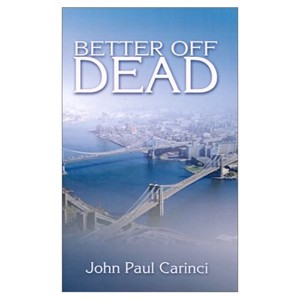 By John Carinci
Young Frank Granstino knew that selling life insurance would be a tough business even though he had only started selling six months before. But he never thought that it could cost him his life. After all, who knew that Tony Vongemi, a restaurant owner who had been feeding Frank people to write insurance on, was in the Mob?
When Frank's clients start dying he realizes that something is dead wrong.


John Paul Carinci has been a successful insurance executive for over 30 years.
John, is also an author, songwriter, poet and CEO of Better Off Dead Productions Inc., a movie production company.
As a six time published author, some of John’s works include: The Power Of Being Different, Better Off Dead, A Second Chance, In Exchange Of Life, Better Off Dead In Paradise, Share Your Mission #5, and A Gift From Above.

John, is also co-writer of the screenplays: “Better Off Dead,” and “A Second Chance,” which was adapted from his novels, and may be produced as motion pictures in the coming months.

John’s latest self-help book, “The Power Of Being Different” has just been translated and published in many foreign countries.

John Paul’s books and music can be previewed on his website at: www.johncarinci.com 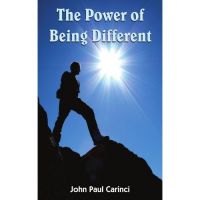 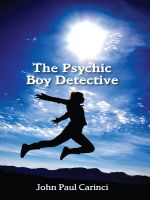 You have subscribed to alerts for John Carinci.

You have been added to John Carinci's favorite list.

You can also sign-up to receive email notifications whenever John Carinci releases a new book.