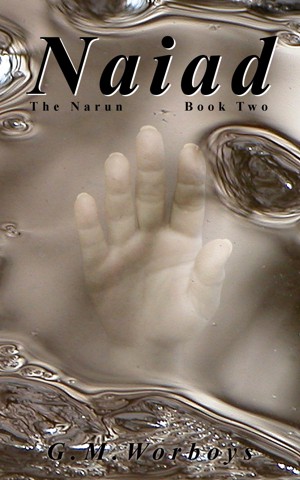 By G. M. Worboys
Rated 4.00/5 based on 1 review
So this is what it feels like, John thought to himself, to crack open the door back to his normal life, the one he had abandoned in his search for Asha. But John Caldor’s life can never return to normal, it is now inextricably linked to the aaranya, the narun of the forest. And though they do not realise it yet, all of them are caught up in something bigger than they can imagine. More
Asha’s talent for healing is not enough to save the one that is so precious to the both of them. The search for a cure will lead John and Asha and their friends away from everything they know, but the hazards of their journey will not be enough to prepare them for the treachery that lurks in waiting.

Tracey thinks she has the easy job, minding John’s house while he is away. A new boyfriend, a caring mother and an amazing best friend, life should be good. But the danger lurks here too, and the consequences will tear her life asunder.
Available ebook formats: epub
Price: $3.99 USD
Buy Add to Library Give as a Gift
How gifting works
Create Widget
Tags: romance forest australia contemporary fantasy prana lake baikal naiad preta myanmar burma narun
About G. M. Worboys

Also in Series: The Narun

This is the second book in the Narun trilogy, and you really do have to read the first book, Dryad, first. The first book introduces the main characters, defines the "Fantasy ecosystem," and sets up the storyline (well, storylines) for the second book.

The two storylines in this book involve a quest, or journey of discovery for some of the characters, while others are caught up in a government investigation into events that are especially suspicious since they partly involve the human world but are motivated from the hidden world of the Narun.

As the story unfolds it reveals that the plots are much larger, darker, and dangerous than anyone knew -- or could have predicted. By the end of the book we know much more about this fantasy ecosystem and its inhabitants, but the story doesn't really conclude -- it sets up the action for the third volume. This is another reason to read the first story first -- if you like it, you'll be happy to sign up for the rest of the journey.

Like the first book, this is a lot longer than most books I read. The characters are well-defined and their personalities are believable. The fantasy world is well thought out and consistent -- major points are always foreshadowed and there are no sudden, unexpected miracles. The landscape, especially for the quest, is interesting.

And, like the first book, I think the writing could have been "tightened up" a bit, especially in the first half. But it's a good story, well told. I enjoyed reading it, and I recommend the series -- at least, the two books that I've read so far.

Just make sure you read the first book, Dryad, first!