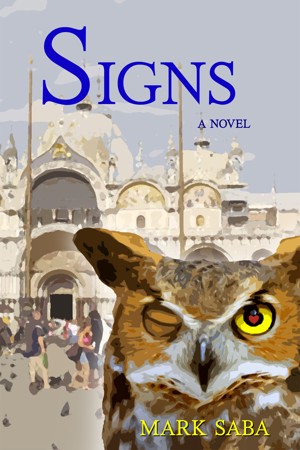 Mark Saba grew up in Pittsburgh, but has lived in Connecticut for the last twenty-seven years. He attended the University of Pittsburgh's pharmacy school before deciding pharmacy was not for him and transferring to Wesleyan University (CT), where he began writing. Eventually he made his way to Hollins College for graduate school, where he won several writing awards for his fiction and poetry. His work has appeared in many literary magazines and anthologies around the U.S. and abroad. He is the author of both printed and ebooks of fiction and poetry. Also a painter, his work can be viewed at his web site. He has worked at Yale University as an illustrator and graphic designer for many years.

Reviews of Signs by Mark Saba

You have subscribed to alerts for Mark Saba.

You have been added to Mark Saba's favorite list.

You can also sign-up to receive email notifications whenever Mark Saba releases a new book.