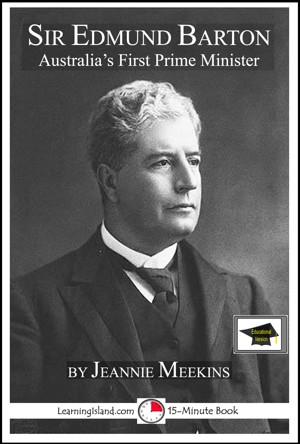 Find out more about this man who became the first Prime Minister of Australia and helped Australia become independent.

Ages 8 and up.
Educational Versions Include exercises designed to meet Common Core Standards.