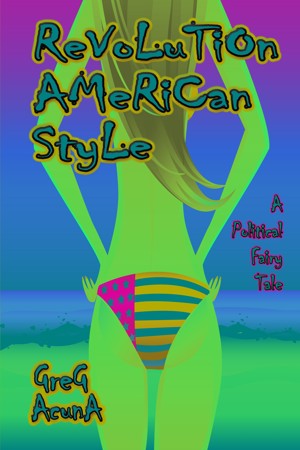 A yoga teacher and a stripper accidentally start a revolution in Los Angeles that spreads across the country and changes the world. More
Los Angeles, December 2012
The end of the world has been predicted!

People are ticking like time bombs, but Abel Spielberg just wants to get out of his father’s Beverly Hills mansion and back to teaching yoga in India. His plans are hijacked when he helps online friend, stripper Kandy Kane, organize a protest against the all-new remote-controlled Breast-o-Matic 2000’s implants.

In a series of unexpected events Abel becomes a messiah-like leader. His journey takes him from being accused of kidnapping a police officer to almost being assassinated while on a whistle stop train tour across the United States. Along the way he is joined by a rag-tag team of twelve apostles who as “The Kommittee” lead America and change the world.

Greg Acuna – has an unusual combination of business and creative experiences from writing, directing and producing media projects to managing complex ventures for major IT companies. He has a degree in political science from University of Southern California and a Masters degree in playwriting from San Francisco State University.

Greg has written/directed one feature film, co-written two other produced features and been a script doctor on several projects. Other accomplishments include two novels, several productions of his plays, poetry published in four countries, composing songs, directing music videos, and writing articles. He has taught screenwriting at the university level.

He has also been a consultant for Paramount Pictures, Exchange Cubed, Arthur Anderson, CNA and others. Greg has lived in Goa, India for the past 12 years.

What Drives Me: As a writer I'm driven by the passion to tell stories that I find meaningful. Much of that has to do with looking at the world differently and expressing it in a way that is both entertaining and though provoking. I work consistently writing four to six hours a day while on a project. Though writing is often a difficult process the progression of a creative work is highly fulfilling and exciting. It is well worth the time and effort. 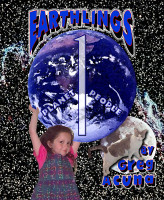 Review
James Jenkins reviewed on Jan. 7, 2016
(no rating)
I read about 15%, it was shaping up to be about a 3 star story. It is not overly good or bad, only put it down because it jumped around a lot and I was having a hard time following. I was reading with text to speech on my kindle, while commuting.

You have subscribed to alerts for Greg Acuna.

You have been added to Greg Acuna's favorite list.

You can also sign-up to receive email notifications whenever Greg Acuna releases a new book.