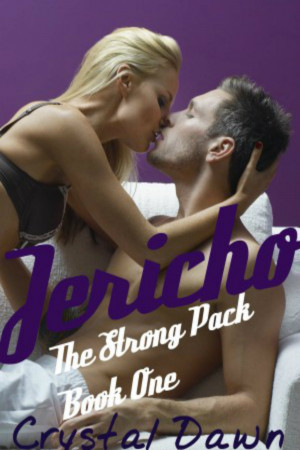 When she’s not out hunting rogue vampires and werewolves, you can find Crystal Dawn out exploring the galaxy. She can do it all without ever leaving her computer. She kicks ass, takes names, and puts it all down for the enjoyment of her readers. At least that’s what I think she told me. Writing came as a natural outlet for her overly creative mind. She has always told stories and even written some but publishing books didn't start until 2012 with The Rebirth, was the first of the Planet Amazon books. Crystal has also been lucky to have some wonderful beta readers who keep her on track and help inspire her.

Secretly, she crushes on all her sexy heroes because all her stories end happily. That is one of the things that makes writing such a joy. Knowing that it makes her reader's day a little brighter. Not that she doesn't read sad books sometimes. While still in school, she read Where the Red Fern Grows and cried like a baby. It was a wonderful book and sometimes a bit of sadness has to be put in books because that's part of life. While she reads all kinds of books at some time or another, PNR and SFR, which she writes is what she reads the most for pleasure.

When she started writing, she decided on going Indie after the first two books because an author has more control. She believes Indie will compete well and continues to grow. The need to give pleasure to her readers keeps her going and she sees a long career ahead. Growing up mostly in the NW Arkansas area, it has given her a good place to set some stories and many of her characters come from there or nearby SW Missouri.

The start of her stories is the easy part. Finishing them is a little harder when all the stories are in there trying to get out. She loves reading, chocolate, fine sweet wine, and traveling among a large list of pursuits. Her favorite people, after her family and close friends, are her readers who she says are some of the most wonderful people in this galaxy and the next.

About the Series: The Strong Pack

This pack of werewolves fight and love hard. Now watch as they fall one at a time in love with their fated mates.

Also in Series: The Strong Pack

Reviews of Jericho by Crystal Dawn

If anyone reads my reviews on a regular basis they know I always say I am very picky about my paranormal reads. My favorite paranormal subject is werewolves. Those sexy beasts just do it for me (I am trying not to sigh here, but the feeling is there!) Those books are just so easy for me to get into, if written well.

T.J. and her silent partner/sister own a bar. Her sister isn’t around. She is off enjoying her own career and T.J. runs the bar and works there a few days a week. She is a bit of a wild-child in that she doesn’t do relationships; not anymore, at least. It has been almost a year since the last one went south and she is determined that there will never be another relationship in her life, especially with a werewolf! She learned that from her last relationship. One-night-stands work just fine for her, but she hasn’t even been doing those since her break-up. Males have been trying; she is gorgeous, after all.

Jericho is an Alpha playboy werewolf and panty melting hot. When he makes his appearance in the book…speechless…yes, that’s what I felt; he came in with a naughty verbal bang. Holy hotness! Now I will admit, if a guy came on to me like that in real life, I wouldn’t have reacted like she did, but then again, I was never a one-night-stand kind of girl (not that there is anything wrong with that) but that is the fun of reading books! You get to fantasize about all of the things you wish you could do but never will! Excuse me while I think about the scene that followed this wonderful come on! I think I need a cigarette. *sigh*

Of course, as usual in these types of books, one night turns out to prove that they are soul mates, but T. J. has a secret of her own that will affect them, not to mention that pesky ex-boyfriend werewolf that doesn’t seem to want to let her go, that has been trying to locate her. So, the book isn’t all wine and roses. That is one thing I love about werewolf paranormal. You can expect some kind of conflict and suspense in them as well as some pretty hot sex scenes. This book has both!

Crystal is solid in knowing her world and rules of the world she creates. I love that about her writing. That is one thing about this type of book that needs to be solid. If one is going to write this type of book, one needs to be sure the world they create isn’t fluid and always changing to fit the situation one is writing just to make it work. The rules of the world created have to be set and she did that well. She writes it so you can see it. She isn’t overly wordy and just enough detail is given so one knows what is going on without it being boring. I LOVED that part of her writing style. She gets to the point, explains it without over explaining. Thank you, Crystal!

One thing that could have been a little better was editing. Yes, you know me, if you read my reviews. I have a thing with editing. I do realize indie authors won’t be perfect and I give a little for that, but this needed a little better editing. I had to go back and re-read a few times to understand. Hopefully, she will go back and re-edit and update the book soon. But, I still would recommend this book for reading, if you’re a werewolf reading fan. There was no cliffhanger, but there was more that can be told in some storylines for other secondary characters in the book. Two of those characters will be the main characters in the next book due this year, Aristotle, and I am looking forward to reading that book.
Well done, Crystal! 4.5 Stars! KCW

(reviewed 49 days after purchase)
Holly Douglas reviewed on Feb. 18, 2014
(no rating)
Once again Crystal you have captured me with your story. I love these White Wolf cousins there is so much to explore.

I always enjoy how you weave the POV’s it helps to create a rich and emotional story.

The sex scenes are sizzling, steamy and sometimes make me blush, but they are so delicious and delightful.

I love TJ, another strong female character that finds herself in all sort of trouble.

Jericho hot sexy alpha what's not to love.
I want so much more of course.

The story flows really well and once I started reading I couldn’t stop.
I am addicted.

You have subscribed to alerts for Crystal Dawn.

You have been added to Crystal Dawn's favorite list.

You can also sign-up to receive email notifications whenever Crystal Dawn releases a new book.