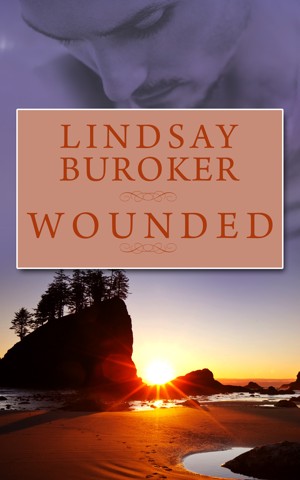 Someone has been slaughtering livestock to scare the villagers, mysterious intruders are searching the property at night, and Tara finds a grisly welcome-warning on the porch of her guest cottage. To top it off, the surly neighbor nearly runs her off the road on her first day. Why are the handsome ones always such jerks?

Malcolm Ashcroft is the last person a sane woman would want to deal with, but he may be the only one with the key to solving the mystery—and giving Tara the story of her career. Of course… he might also be the man behind all the trouble.

Different story as it's not fantasy like the author's other books, but well written and good dialogue. Really enjoyed the book. Great job with this shift of genre.

I'm never disappointed in this author - he's one of my favourites!

A fun sweet romance in which the relationship (and lack of hot and heavy) feels organic rather than coerced. Like the other reviewer, Afifa Khan, I was smiling throughout most of the book.

The heroine, Tara, reminded me of Amaranthe, the author's lead character in her Emperor's Edge series, so if you like one woman, you'll probably like the other, though they do have some notable differences. (Namely, Tara's from this world, and Amaranthe's from a fantasy world, and they differ in the life backgrounds, events, etc. that derive from that.)

Short review: I think I smiled the whole way through
Slightly longer review: It had everything I wanted from a book at the moment. Suspense, romance and surprising amount of comedy intentional or not. I genuinely rooted for the main character who was funny and charming and interesting without having all the tropes of many modern fictional heroines (ie extraordinarily smart, strong or pretty). Perhaps we didn't get enough of a look into the other characters, who seemed to be interesting in their own rights, but I enjoyed the book the whole way through and thats all I ask.