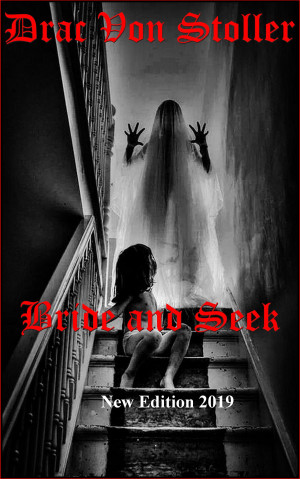 "Sounds good to me," replied Dan.

The following week the wedding was planned and the weather was beautiful.

After the wedding was over, and most of the guests left, Dan decided to play a game called hide and seek. There were only about ten of their friends left, and said they would like to play. Dan being the groom and the one that asked everyone to play, so he said he would be it and everyone else would hide.

The game went on for over an hour, and when one of the guests asked where his bride was, and Dan said, "She probably went inside the house for a nap."
Download: epub mobi (Kindle) pdf more Online Reader
lrf pdb txt
Price: Free! USD
Add to Library
Create Widget
Tags: horror ghost ghost story urban legend bride and seek
About Drac Von Stoller

Drac Von Stoller's- "Feature-Length Film "Horrifying Tales from the Dead" is now on DVD available to purchase from Cyclone Entertainment LLC at the email address below.

Drac Von Stoller published an article on August 31,2019 by Farrow Communications about the journey of a Self-Published Author. Link is below.

Drac Von Stoller's has had 48 short stories reach #1 on iBooks.

Laura Miller from the award-winning Salon News and Entertainment Media web site with 17.5 million monthly visitors Interviewed Drac Von Stoller on Wednesday, August 13, 2014. The link below for the interview.
http://www.salon.com/2014/08/17/portrait_of_a_self_published_author_drac_von_stollers_invisible_literary_empire/

Audio Books of Drac Von Stoller can be purchased through Audible, Amazon and iTunes at Links below.

Also in Series: 31 Horrifying Tales from the Dead Volume 5 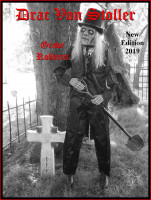 You have subscribed to alerts for Drac Von Stoller.

You have been added to Drac Von Stoller's favorite list.

You can also sign-up to receive email notifications whenever Drac Von Stoller releases a new book.