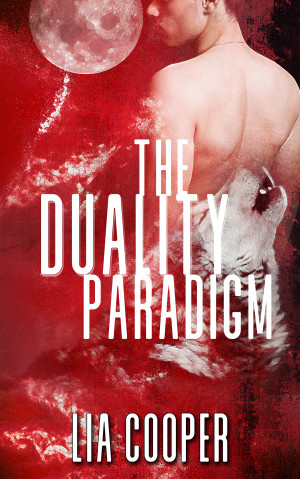 Rated 4.00/5 based on 2 reviews
Everyone knows magic users and werewolves are intrinsically diametrically opposed...

Seattle Police Detectives Ethan Ellison and Patrick Clanahan, a mage and werewolf respectively, must overcome their personal dislike of one another and catch a murderer. The only question is whether they can get the job done without killing each other. More
Everyone knows magic users and werewolves are intrinsically diametrically opposed...

Seattle Police Detective Ethan Ellison, born into a long line of Quebecois magicians, leads a fairly unassuming life working Theft and consulting on magical misdemeanors. He’s spent eight years building a life for himself in Seattle, far from his father's shadow. He works hard, lives under the radar, and fucks whoever catches his eye.

Detective Patrick Clanahan, beta-heir to Pack McClanahan, is a tightly wired bundle of rage and guilt, still trying to come to terms with the murder of his last partner.

When a human woman is murdered in werewolf territory under suspicious circumstances, Ethan is reassigned to worked the case with Clanahan in the hopes that he'll be able to balance out the wolf's rougher edges.

Too bad they mostly just rub each other the wrong way.

This is the first of three books in the Blood & Bone Trilogy.

Lia Cooper is a twentysomething native of the Pacific Northwest, a voracious reader and an enthusiastic writer. She wrote her first short story when she was seven. THE DUALITY PARADIGM is her first published full length novel.

She enjoys binge watching shows on Netflix, all-but-living in her local coffee shop, and drinking americanos. Lia cheers for the Chicago Blackhawks, rereads Pride & Prejudice every year, and is still bitterly disappointed over the cancellation of Stargate Atlantis (shhh).

This is a pretty middle of the road read, not bad but not all that great either. It's a shame too, because I think the idea could really have been something special. Unfortunately, it tended to flounder, with whole subplots that never coalesced into anything meaningful (I suspect it was a set up for a future book.), annoying characters and truly lacking editing.

Let's talk about the characters. Both were meant to be in their late twenties (26 & 29, if I remember correctly) but both came across as extremely juvenile. Patrick was at least adorable in his boyishness, but he was still childlike. This was an interesting turn for the otherwise big alpha character to take. Ethan, however, was just plain irritating in his bratty, self-centered aggression and over-reactions.

Both also had a history that was important and referenced, but never explored enough to feel substantial. I could have done with a little more world-building too. The plot worked, but it felt like mythical creatures kept being referenced without the reader knowing they existed prior to that point. On a similar side note, I never did figure out what the title meant. Maybe that comes up later in the series too.

I did, however, appreciate that this wasn't an insta-love (even if the actual leap to sex was a 0-60 scenario). I liked that as annoying as Ethan was, he was smart and willing to stand up for himself. I really liked Cooper's tendency to play with gender norms, mothers as pack alphas and fathers who cook dinner, for example.

This was a fantastic book with a well developed plot and amazing characters. I can't wait to read more on Pat and Ethan.

You have subscribed to Smashwords Alerts new release notifications for Lia Cooper.

You have been added to Lia Cooper's favorite list.

You can also sign-up to receive email notifications whenever Lia Cooper releases a new book.