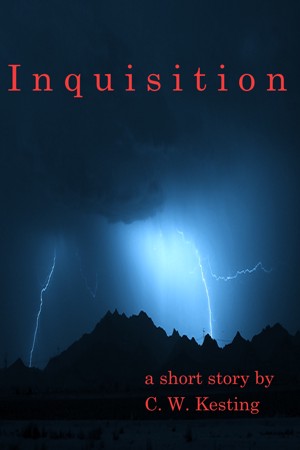 Christopher Kesting is the author of four novels. His debut novel, the futuristic sci/fi thriller Rubicon Harvest (October 2008) was followed by Thrones for the Innocent (June 2009), a paranormal tale of justice, fate and spiritual faith. His third novel, Envar Island (November 2011), is an epic science-fiction adventure that has also been adapted into an award-winning screenplay and is awaiting possible production. Kesting's most recent novel, This Garden of Souls (December 2013), is an existential mystery that challenges the way we perceive ourselves and our realities. It re-defines the concepts of human awareness, freewill and the Origin of Man through intricate analysis of the synchronicity that exist between every human interaction.

Mr. Kesting’s non-writing career is as a Certified Registered Nurse Anesthetist (CRNA). He has been practicing anesthesia for nearly 15 years, but writing creatively for as long as he can remember. Chris is originally from the Chicagoland area, but has called western Michigan home for over ten years.

Reviews of Inquisition by Christopher Kesting

Kesting's writing infuses a reality that catches one relating, real time, to the characters and story as it unfolds. And his use of descriptors in the narrative and dialog is certainly not the least of his talents. Inquisition carries you quickly to an explanation that fills aptly a conclusion that we and our distant cousins are really not that different. Read and take heed.

You have subscribed to alerts for Christopher Kesting.

You have been added to Christopher Kesting's favorite list.

You can also sign-up to receive email notifications whenever Christopher Kesting releases a new book.