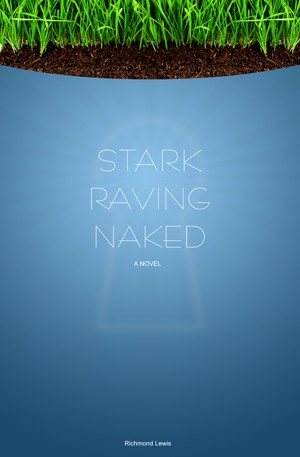 By Richmond Lewis
“Lewis’ debut novel, a farcical mystery, pits an immature newspaper reporter against an angry, conservative town…When Hunter College institutes a clothing-optional policy, there are some truly funny moments…An often entertaining novel…” -- Kirkus Reviews More
As a reporter for the local newspaper, Louis Beane is shocked when the tiny southern town of Highland Park is selected as the location of the new Hunter College. Funded by the mysterious New York modern artist Porter Talbot, the school is seen as a cultural blessing for the small community -- until it opens.

The school’s attempt to bring refinement to this highly-conservative town is a disaster, resulting in a series of scandalous performance art pieces that leave the community enraged. Suspicious, Louis and his gay neighbors, Nik and Peter, decide to investigate the deceased Mr. Talbot’s estate and the school’s (possible) true motivation. Shockingly, their hilarious attempts at investigation succeed, and reveal an ugly chapter of the community they now call home.

Richmond Lewis has been writing since he was a child, mostly naughty limericks and Star Wars fanfic until it came time to face Reality and go to college. Richmond decided he wanted to become a journalist, but Reality intervened and gave him a bout with cancer, forcing him to drop out of school.

Oh, he and Reality laughed and laughed over that one.

Undeterred, Richmond then decided he wanted to become a comic book artist, which assured him a moneyless future and standing in breadlines. He spent three years in New Jersey earning his degree and was hired as a professional inker on such titles as Mortal Kombat and Star Trek: Deep Space Nine.

Reality then drove by his new apartment and took a dump on his lawn, causing his comic book company to be bought out and everyone to be fired. During this time, Richmond went back to school for multimedia design and also created, illustrated, and wrote two successfully published comic strips, cementing in him a love of humor writing and absurdist comedy.

Finally fed up, Richmond went and punched Reality in her big fat face, resulting in one of his comic strips being briefly picked up by a syndicate. Richmond stood firm against Reality’s advances and was then hired by the federal government as a multimedia designer, where he still works today.

You have subscribed to Smashwords Alerts new release notifications for Richmond Lewis.

You have been added to Richmond Lewis's favorite list.

You can also sign-up to receive email notifications whenever Richmond Lewis releases a new book.