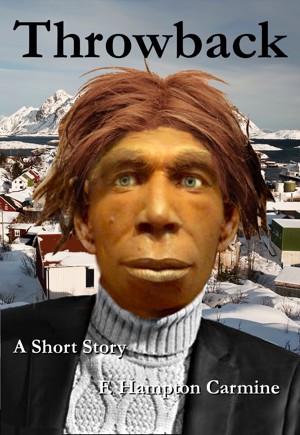 The new ice age had been identified and acknowledged differently by different groups through out history; the scientific community more than three hundred years ago, the public and politicians about two hundred years ago, but it actually began five hundred or more years ago during the industrial revolution. The tipping point, however, occurred just over three hundred years ago in the middle of the twenty-first century, due to changes in the ocean's salinity and subsequent alteration of the global conveyor thermohaline currents. Incredible snows in the north, little or no summer melting, and a drop in the average world temperature of 4.5 degree, allowed an ice sheet to overrun northern Europe and northern America. In the struggle for survival that followed, progressive mass migrations of billions of people to the southern regions eventually resulted in brutal wars. Over a period of less than a hundred years, seventy-five percent of the Earth's population, over nine billion, died of war, starvation, or the cold.

Hampton Carmine or F. Hampton Carmine, more formally, has been writing stories since high school in the early sixties when he completed three sci/fi novels that still exist in red ink on pulp pencil tablets as instruments of humility.

He was born in the small college town of Oakland City, Indiana where his dad was in music school. His youth was spent in the midwest but he went to college in North Carolina at East Carolina University achieving a degree in Psychology and advanced degrees in Speech and Language Pathology and Special Education. This was followed later by a degree in Computer Science, a career in state service and retirement to help raise a first grandchild.

He continues to write Fantasy and Sci/Fi as well as compose music for band and orchestra while living in Raleigh, NC.

You have subscribed to alerts for F Hampton Carmine.

You have been added to F Hampton Carmine's favorite list.

You can also sign-up to receive email notifications whenever F Hampton Carmine releases a new book.