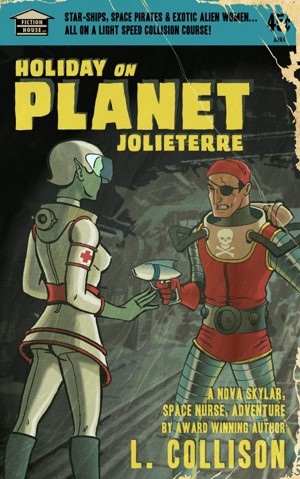 Novelist, short story and screenwriter. "I write because I can't sing."

Linda Collison's first published novel, Star-Crossed (Knopf), was chosen by the New York Public Library to be among the Books for the Teen Age - 2007. The coming-of-age novels Looking for Redfeather and Water Ghosts were finalists in Foreword Review's Indie Book of the Year. Her novel Blue Moon Luck won the erstwhile Maui Writers Conference grand prize for fiction in 1996.

Linda is also the author of the Patricia MacPherson Nautical Adventure Series, based on Star-Crossed. She has worked as a freelance magazine writer, a registered nurse in critical care and emergency medicine, a skydiving instructor, a volunteer firefighter, and a mother. Her short fiction and creative nonfiction has won awards from Honolulu Magazine, Southwest Writers Magazine, Maui Writers, and the National Student Nurses Society.

Not overly good or bad, I enjoyed it but it did not really engage me.

This was a lively story. With an imaginative set of characters brought together quickly. The author does Sci-Fi well with great inventiveness, descriptions and word usage that made the unreal and yet to be invented seem real in my mind. The abrupt ending left me wanting to read more. This would be a witty story to pursue with endless possibilities. This is easy reading for even the non-Sci-Fi reader and was time very well spent.

You have subscribed to alerts for Linda Collison.

You have been added to Linda Collison's favorite list.

You can also sign-up to receive email notifications whenever Linda Collison releases a new book.