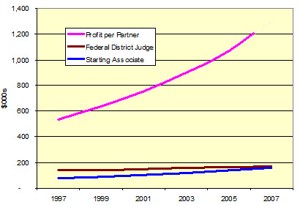 A Call for Legal Entrepreneurship

By Ron Gruner
From an entrepreneurial perspective, law has historically been an isolated valley, remote to outsiders but verdant in its possibilities. Entrepreneurs will hopefully be stimulated by the issues discussed in this paper. Perhaps some of those ideas may serve as seeds for new businesses focused on making the legal industry more efficient, responsive and broadly available.
Download: pdf Online Reader
Price: Free! USD
Add to Library
Create Widget
Tags: lawyers attorneys law legal litigation venture capital investment
About Ron Gruner

Ron Gruner has been an entrepreneur for most of his professional life. In 1982 he co-founded Alliant Computer and served as its CEO through 1991. In 1992 he founded and served as president of Shareholder.com through its highly successful acquisition by The Nasdaq Stock Market in 2006. Ron is an active pilot and holds Airline Transport Pilot and Commercial Glider ratings. He currently flies a Beechcraft Baron and classic 1947 Cessna 195. 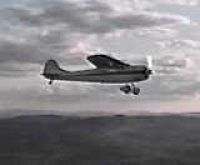 Reviews of A Call for Legal Entrepreneurship by Ron Gruner

Review
Peter Trump reviewed on Feb. 7, 2010
(no rating)
A Call for Legal Entrepreneurship and Ron Gruner’s companion volume, Anatomy of a Lawsuit on his Vallex Fund website should be of great interest to anyone contemplating a career as a lawyer or a paralegal. It will serve as prophylactic for future unfortunates whom fate has predestined to be victims of the civil litigation cartel. The underlying disease affecting the provision of legal services is government itself. Austrian School economist and philosopher Hans-Hermann Hoppe has called the State the “expropriating property-protector.” A court, presided over by a government agent, viz. a judge, is ill-suited to protect the property of a citizen or a corporation. The agent is unaccountable to market forces. Why should she not have failed to compel defendants in Mr. Gruner’s case to conduct further document searches? Quis custodiet ipsos custodes? As he has written, attorneys’ inefficiency in conducting discovery is a widespread abuse. Why should a member of the American Bar Association cartel economize in favor of a victim? Her victims are numberless. Quis custodiet ipsos custodes? To rid the civil litigation system of its abuses now comes forth the entrepreneur armed with theoretical anarchy. His solutions may arrive through intent, accident, dream, intuition, mistake, luck, or revelation.
Frustration and a sense of being taken motivated litigant and defendant to terminate the lawsuit. In a “private law society” of competing courts, competing private property insurers and defense providers, a law firm that economizes billable hours would be the recipient of ever more quality referrals. Law is like any trade. Think of all professionals as tradesmen. If a roofer screws up a roof, fire him. If a court judge or a lawyer screws up, under private law, fire him. Word gets around at the speed of light, and, subject only to the economic laws of the market, judge or lawyer soon find that woodworking or lawnmowing are more to their liking. Alfred G. Cuzán in an 8-page paper at http://mises.org/journals/jls/3_2/3_2_3.pdf argues that man lives in anarchy, but that he must decide what kind of anarchy to live in, market-ordered anarchy or the anarchy of poison politics.
Imagine a private law society. Imagine that Mr. Gruner’s former company had chosen to be insured for legal services as an add-on to a defense of private property contract. His chosen insurer, driven by the market to provide the highest quality service for the lowest cost, is itself able to choose between several reputable, extra-governmental, competing legislative courts of arbitration. On-line client commentaries rate insurers and courts on various measures of efficiency. Remaining federal and state courts fold for lack of business.
Law firms and lawless government courts accept their low public approval rating, recognizing that the public is not aware that the State henchmen in law are only one of many fascist cartels. The entrenched system will break apart much like the U.S.S.R., but it will be slow in coming.

You have subscribed to alerts for Ron Gruner.

You have been added to Ron Gruner's favorite list.

You can also sign-up to receive email notifications whenever Ron Gruner releases a new book.